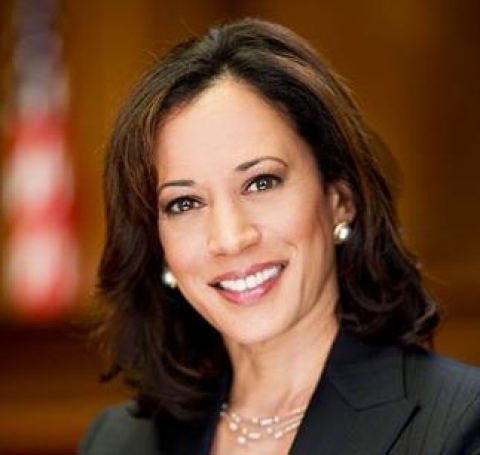 San Francisco (AP) — A California lawyer with an idea that has been called offensive, outrageous, reprehensible and illegal is putting the century-old process that gives citizens the right to make laws at the ballot box to its latest test.

The state attorney general, Kamala Harris, took the unusual step on Wednesday of asking a court in Sacramento for permission to reject a proposed ballot initiative stating that anyone who engages in sex with a person of the same gender would be killed "by bullets to the head or by any other convenient method."

Although the so-called Sodomite Suppression Act would undoubtedly be struck down as unconstitutional in the unlikely event it passed, Harris said that unless a judge ruled otherwise, she would have no choice but to give its sponsor the go-ahead to gather the nearly 366,000 votes needed to qualify it for the November 2016 ballot.

"Even the public circulation of such an intentionally targeted and divisive measure, as though doing so were some ordinary aspect of the democratic process, would pervert that process in a way that could easily open permanent rifts in the community," her office wrote in seeking judicial relief from its duty to prepare the proposal's official title and summary.

Harris' action followed weeks of mounting alarm and anger over the initiative, which also would make the distribution of gay "propaganda" an offense punishable by a $1 million fine or banishment from the state, and her lack of authority to quash it. A Democratic state senator, Ricardo Lara, has asked the California bar to investigate whether its backer, Orange County lawyer Matthew McLaughlin, is fit to practice law.

McLaughlin did not respond to a telephone call seeking comment on Wednesday and has not spoken publicly about the proposal since he paid $200 to file the ballot language last month.

California is one of 21 states where citizens can petition to have laws put on the ballot through the gathering of voter signatures. Under California's initiative process, state officials do not have authority to refuse to administer initiatives they find objectionable, the California Supreme Court has ruled.

Although few of the dozens submitted to the attorney general each year make it on the ballot, the ease with which residents with pet peeves can gain clearance to circulate their proposals while seeking signatures has prompted calls for reform.

University of California, Davis law professor Floyd Feeney said he wasn't sure a court would agree to halt McLaughlin's measure at this stage despite its obvious legal deficiencies.

"The courts, rightly or wrongly, treat the initiative as sort of the citizen right, and they are reluctant to get involved in trying to get rid of it, at least in advance, by using the law to keep something from being presented to the electorate," Feeney said.

On Wednesday, a Southern California real estate agent, Charlotte Laws, countered the Sodomite Suppression Act with an initiative of her own. Titled the Intolerant Jackass Act, it would require anyone who proposes an initiative calling for the killing of gays and lesbians to attend sensitivity training and make a $5,000 donation to a pro-LGBT group.