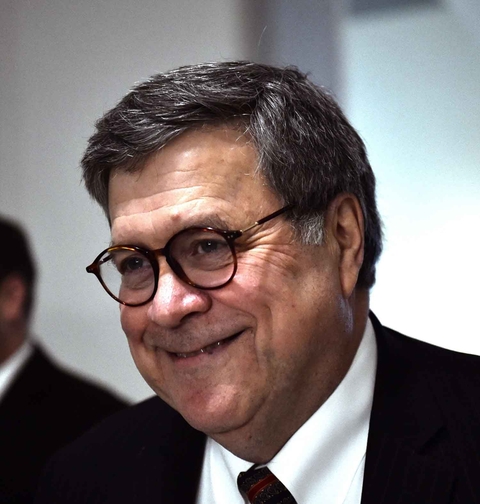 Attorney General nominee William Barr said that, if confirmed, he would let special counsel Robert Mueller finish his investigation into Russian meddling in the 2016 presidential election and believes the results should be made public.

"On my watch, Bob will be allowed to complete his work," Barr intends to say to Congress at the start of his Senate hearing Tuesday, according to prepared testimony released on Monday.

"I believe it is in the best interest of everyone -- the President, Congress, and, most importantly, the American people -- that this matter be resolved by allowing the special counsel to complete his work," he will say. "The country needs a credible resolution of these issues. If confirmed, I will not permit partisan politics, personal interests, or any other improper consideration to interfere with this or any other investigation."

Congress and the public should be "be informed of the results of the special counsel's work," he will say.

"For that reason, my goal will be to provide as much transparency as I can consistent with the law. I can assure you that, where judgments are to be made by me, I will make those judgments based solely on the law and will let no personal, political, or other improper interests influence my decision," he will say.

Barr will also pledge to continue enforcing the four priorities at the Justice Department, including fighting violent crime, prosecuting hate crimes, enforcing and improving immigration laws, and protecting the right to vote and the integrity of elections, according to the prepared testimony.

Barr is scheduled to testify Tuesday morning before the Senate Judiciary Committee.

Barr, who previously led the Justice Department during the first Bush administration, has come under fire for his past commentary on the Mueller probe and Trump's firing of James Comey as FBI director. Last year, Barr authored a memo to senior Justice Department officials arguing that Trump's interactions with Comey would not constitute obstruction of justice and called Mueller's obstruction probe "fatally misconceived."

Barr met with Senate Democrats last week, including California Sen. Dianne Feinstein, the top Democrat on the Senate Judiciary Committee. Feinstein said at the time that Barr assured her that he would not interfere with the Mueller probe and that she intended to ask him about his controversial memo "in public."

In his prepared testimony, Barr says his memo "was narrow in scope," regarding "a specific obstruction-of-justice theory under a single statute that I thought, based on media reports, the special counsel might be considering."

His memo, Barr will say, did not address Mueller's investigation otherwise, "nor did it address other potential obstruction-of-justice theories or argue, as some have erroneously suggested, that a President can never obstruct justice."