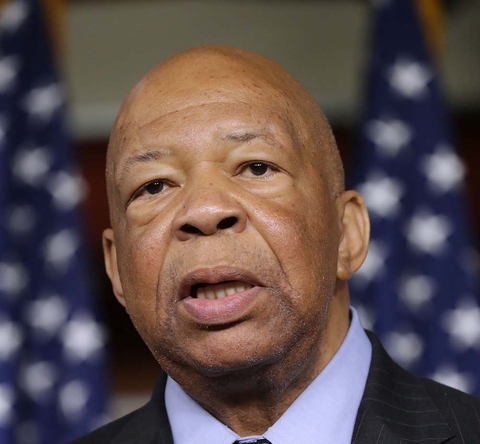 The Baltimore Police Department is investigating a report of a burglary that reportedly occurred at Rep. Elijah Cummings' home shortly before 4 a.m. ET on Saturday hours before President Donald Trump first tweeted criticism about the lawmaker and his home city.

Officials said detectives from the Baltimore Police Central District are investigating reports of a burglary on a block where Cummings lives. According to CNN affiliate WJZ, the home that was burglarized belongs to Cummings.

The Baltimore Police Department says it is currently unknown if any property was taken from the home.

Cummings' office and Capitol Police both declined to comment on the incident.

The incident took place before Trump launched an attack on Cummings later Saturday. In a series of tweets, Trump lashed out at the House Oversight Committee chairman, who had recently lambasted conditions at the border.

Trump suggested that conditions in Cummings' district, which is majority black and includes parts of Baltimore, are "FAR WORSE and more dangerous" than those at the US-Mexico border and called it a "very dangerous & filthy place."