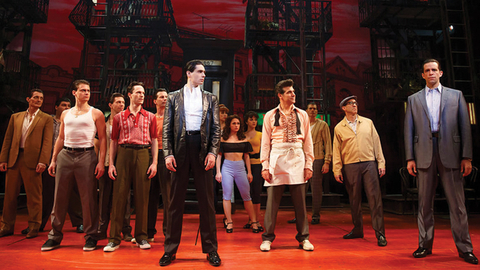 The cast of “A Bronx Tale.” Broadway photo.

You may recognize Academy Award-nominated actor Chazz Palminteri from his performances in Bullets over Broadway where he won Best Supporting Actor, Special Agent Dave Kujan in The Usual Suspects, Primo Sidone in Analyze This or his recurring role as Shorty in Modern Family. 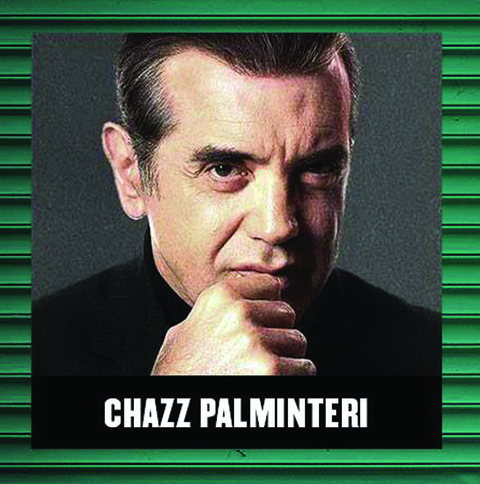 He is also known for the 1993 film A Bronx Tale, based on his play of the same name. You can catch the play in an upcoming performance in Fayetteville, Arkansas or Oklahoma City.

“We literally were in tears at the end,” said theatre goer Theresa Esposito-Zelaya. “The show has a positive message about loving and protecting the people in your life, blood or not. Love is love- color is irrelevant!

“Living your life based on the choices you make. What a great show!”

Broadway’s hit crowd-pleaser, A Bronx Tale, takes you to the stoops of the Bronx in the 1960s- where a young man is caught between the father he loves and the mob boss he’d love to be. Bursting with high-energy dance numbers and original doo-wop tunes from Alan Menken, the songwriter of Beauty and the Beast, A Bronx Tale is an unforgettable story of loyalty and family.

Marcy Friedman said her favorite show moment, is “watching Lucia Giannetta (aka Rosina), sing her song to her son, C, and Chaz’s ‘saddest thing in life is wasted talent’ has inspired me to live my life with passion.”

Academy Award winner Robert De Niro and Tony winner Jerry Zaks direct this streetwise musical- based on Academy Award nominee Chazz Palminteri’s story- that The New York Times hails as “A Critics’ Pick! The kind of tale that makes you laugh and cry.”

Performances in Fayetteville are February 26 – March 3. Tickets are available at www.waltonartscenter.org and will be performed at the Walton Arts Center.

In Oklahoma City, performances will be at the Civic Center Music Hall March 5-10. For tickets, visit www.okcbroadway.com.