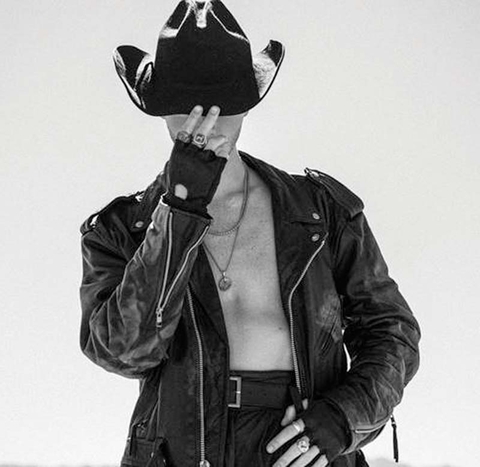 Who could forget when Edmond, Oklahoma native, Greyson Chance, came into the national spotlight in 2010 when his unforgettable performance of Lady Gaga’s Paparazzi was uploaded and went viral? He was performing for his middle-school talent show, and the video was viewed by over 60 million people on YouTube.

What followed was a plethora of national television appearances and world tours.

These days, the singer, songwriter, and performer is on the U.S. leg of his Portraits World Tour as he releases his new single, Boots (Arista Records), with accompanying music video. The video was shot in a desert outside of Los Angeles and was co-directed by Chance and frequent collaborator, Bobby Hanaford.

The new track and video are the next step in Greyson’s evolution as an artist and what’s to come for him in 2020.

“Boots, at its core, is a narrative addressing pop culture’s current usage of Western imagery,” said Chance. “When I was writing the song, I found myself imagining what Johnny Cash would be like if he were around and making music in 2019. I thought about what he would wear, how he would act, and what he would write about.

“My conclusion was that it all would look and feel considerably different than these stars wearing cowboy hats these days.”

Chance said being from Oklahoma, he understands that being “Western” isn’t all about the style, it’s about an attitude, an obsessive loyalty, and an unwavering wildness. “Boots is truly just an observation of what I see in pop culture currently, and what I think about it.”

Boots arrives on the heels of the U.S. leg of Chance’s Portraits World Tour. Having played to fans all across Asia, Berlin, Dublin, London, Amsterdam and more, the North American run will conclude in January 2020. Download/Stream “BOOTS” here.

The tour will continue to support Greyson’s latest full-length effort, portraits, which has received wide critical praise since its March release, with Billboard hailing the work as “purposeful” and "distinguished."

Included in the tour’s setlist will be “Boots,” as well as his critically acclaimed single “shut up,” which to date has accumulated more than 20 million streams across all digital platforms, and was recently performed on The Ellen DeGeneres Show as well as ABC’s hit show Strahan and Sara. Greyson recently released “white roses” exclusively with PAPER Magazine, and the music video garnered Greyson his first directing credit.

Chance came out publicly in 2017 and has used his platform to be a resource and champion for others in the LGBTQ community. He has also partnered with The Ally Coalition for the U.S. tour, and at each show, the organization will introduce attendees to a charity in their respective communities that need support.

The artist has recently signed with Arista Records, a division of Sony Music Entertainment, and will release new music this fall through the top of 2020.

For further information, please visit www.greysonchancemusic.com or find him on social @greysonchance.