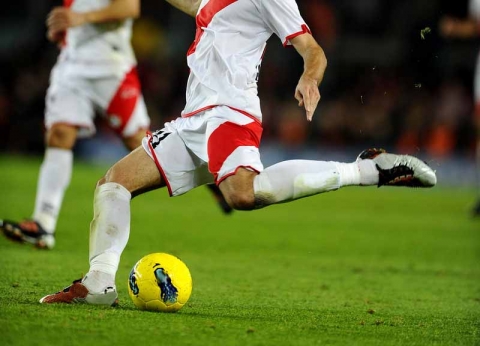 FIFA encourages its fans to not use anti-gay slurs during soccer matches. (File Photo)

Today, June 3, the highly-anticipated Copa América Centenario soccer tournament will begin and will be watched by millions of soccer fans everywhere. However, these millions of viewers have the potential of hearing a homophobic chant at large.

Fans in Mexico are known for yelling a gay slur during kicks by opposing goalkeepers, something that gained global attention during the 2014 World Cup and prompted a FIFA disciplinary probe. The known slur-chant goes, “Ehhh puto!” which translates to, “Hey fag*ot”.

These slurs have not gone unnoticed. Earlier this year in January, FIFA levied $20,000 fines on the soccer federations of Mexico, Argentina, Peru and Uruguay for what it called ''insulting and discriminatory'' chants.

More recently, GLAAD (The Gay & Lesbian Alliance Against Defamation), spoke up against these offensive chants.

“We’ve called on FIFA and U.S. Soccer to adopt a zero-tolerance policy that would prohibit the use of anti-LGBT chants and taunting. We’ve also asked them to educate fans so they understand the power of anti-gay slurs. GLAAD’s also working closely with Spanish-language network Univision, which will be televising most of the games.”

According to FOX Soccer, The Mexican Soccer Federation launched a campaign, “Embraced by Soccer”, urging fans to refrain from these anti-gay chants that drew those substantial fines from FIFA earlier this year. This campaign consists of advertisements that feature popular stars including forward Javier ''Chicharito'' Hernandez, captain and defender Rafael Marquez and midfielder Andres Guardado who in the videos ask fans not to engage in discriminatory behavior.

Guillermo Cantu, the federation's secretary-general later said, ''For us, as a federation, this is a chant that we do not like. We have recognized that some people have interpreted it as a homophobic exclamation.

''We do not believe that the fans mean it in that way - they come to have fun and nothing more,'' he added. ''Nevertheless, we do think there are better ways of expressing enthusiasm and even messing with the opponent to put pressure on him.''