Fight brews with farmer who bars LGBT weddings at orchard 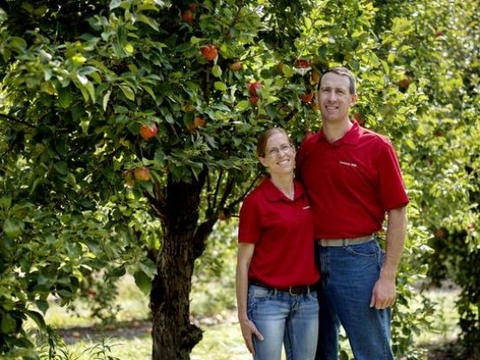 (CNN) A farmer wants the courts to step in after he was barred from a Michigan farmers market because he doesn't allow gay couples to marry at his apple orchard.

Tennes was barred from the East Lansing farmers market last year because city officials opposed his decision to bar same-sex couples from getting married at his orchard, The Country Mill in nearby Charlotte.

"This doesn't have anything to do with Mr. Tennes," Meadows said. "This has to do with the business."

Tennes also plans to return to the farmers market to sell his organic apples starting this Sunday through October.

"Our family has faithfully served everyone in our community from all different backgrounds and beliefs," Tennes said in a statement Wednesday. "It is our religious beliefs that teach us to love all of our neighbors and treat them with dignity and respect."