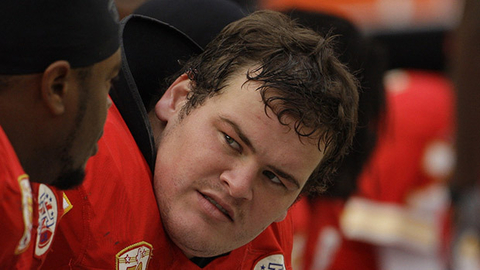 Former football player Ryan O'Callaghan came out publicly as gay Tuesday in an article with Outsports who interviewed him during his recent visit to Los Angeles to attend his first-ever Pride celebration.

The former NFL player discussed his initial plans to become a football player and than commit suicide once his career was over.

O'Callaghan said he used football as his "beard" and he began playing it around the same time that he realized he was gay.

"No one is going to assume the big football player is gay," he said. "It's why a football team is such a good place to hide."

After years living mostly in the closet while playing for both the Kansas City Chiefs and the New England Patriots, O'Callaghan attempted to come out by embracing his then-boyfriend and thanking him from the stage when he was being inducted into the Shasta County Sports Hall of Fame in 2014.

Yet no one reported it, not even the local media, even with the recent public coming out of Michael Sam but months before. But O'Callaghan found the silver lining, he found he wasn't ready yet to be out at that time.

At the time of his interview with Outsports O'Callaghan revealed he was finally able to "be his complete self".

"Being gay wasn't just a small detail in my life, it consumed it," said O'Callaghan, "It's all I would think about. But now that I have come out it rarely crosses my mind."

O'Callaghan hopes sharing his story will help people currently struggling with being LGBT+ so that they too can find community.

"It’s not always easy being honest, but I can tell you it’s much easier and more enjoyable being yourself and not living a lie."
_

You can read the full original article by Outsports here.