How the stigma around addiction is hurting society 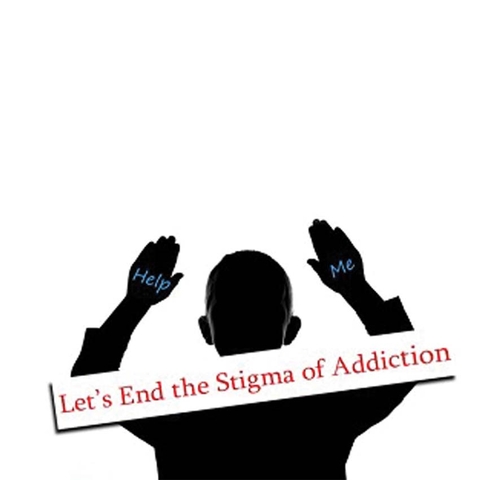 by Paul Brethen,
Co-founder at “SoberBuddy”

They did it to themselves. They made poor decisions. They weren’t strong enough to kick their dependency. These are just a few ways in which society has been taught to see addiction.

Addiction, be it drugs or alcohol, has been portrayed more as a personal and moral failure than as a disease and health care issue. The truth is an addiction, or substance disorder, is a disease that affects a person’s brain and behavior.

The stigma associated with addiction is pervasive throughout our society. It prevents us from adequately treating and supporting those trying to overcome substance disorder—decreasing the chances of a successful recovery and hurting our society.

These are not accurate representations of addiction for most of those suffering from substance abuse disorder every day.

For many addicts, it’s hard to recognize they have a substance disorder because they don’t see themselves in what the stigma has portrayed. Society’s stigma of addiction alone can prevent someone from recognizing that they need help. If they do realize they need help, they may not want to reach out because they’re afraid of what society will think.

Overcoming shame: The stigma of addiction is commonplace in our society, and there is a deep shame that comes with admitting you have a problem and need help. In 2018, about 20.3 million people in the United States age 12 and up had a substance abuse disorder. This accounts for about six percent of the total US population and is a larger section of society that you might initially think. For comparison, there were approximately 1.7 million new cases of cancer diagnosed that same year. However, only 3.7 million of those who reported a substance abuse disorder were also receiving any treatment. Why is that number so low?

There is a lot of shame in admitting there’s a problem and seeking help. People see the stigmatized representation of addiction and are afraid that others will treat them differently. The important thing to remember is that addiction is a disease. You wouldn’t fault someone for seeking cancer treatment, taking insulin to control diabetes or medication to relieve IBS symptoms. So, we shouldn’t judge those who are taking control of their substance disorder by seeking treatment.

Facing society: Unfortunately, society still has a long way to go. In a recent study of 2,002 US adults who are in recovery, researchers found that the stigma of addiction remains. Revelations from the study include:

- 48.8 percent of the people surveyed said that others “assumed I would relapse”

- 38 percent said they felt like, at times, they were being held to a higher standard than other people

- 24.9 percent were rejected by family or friends

- 16.2 percent said they were denied employment

- 15.2 percent said that it was hard to get medical insurance

You can see why people may dread asking for help, worried that they will be condemned and ostracized by society. When we deter those with substance disorder from getting help, we’re forcing them to try to get sober on their own, which can be incredibly difficult and painful, and will often be unsuccessful. Severe withdrawal can even cause hallucinations, fevers, seizures and confusion. As a society, we need to allow those with addiction to seek medical treatment without the worry of stigma.

Empathy will help us see ourselves in addicts, humanizing the issue as a disease and making it something to solve together, instead of pushing those with substance dependency away. When we abandon our family and friends to their addiction, we relegate them to fighting the disease alone and increase their feeling of shame and self-doubt.

Additionally, addicts need to forgive themselves. Addiction is a disease, and punishing yourself for something that is arguably out of your control doesn’t take you down the path to recovery. Accept that you’re worthy of a healthy and happy life and use that feeling to drive your resolve to get sober.

Squash the stigma: Addition is a disease. By perpetuating myths and the stigma of substance disorder, we are condemning addicts to, at the very least, a more difficult recovery path—and most likely to hiding in shame and avoiding treatment.

Having so many afraid to ask for help is hurting our society as a whole. Removing the stigma is the only way we can help people properly recognize what addiction truly presents itself. Understand that it’s not their fault; they need care and to take the next step on the path toward recovery.

About Paul Brethen: Paul Brethen is the co-founder of SoberBuddy, an evidence-based virtual drug and alcohol recovery coach. Paul has over 20 years of experience as a certified addiction specialist. Before joining SoberBuddy, Brethen worked at the Matrix Institute on Addiction as a Clinical and Administrative Director, where he helped develop the highly recognized Matrix Treatment Model. He’s also worked as an international consultant training those who work in the field of drug and alcohol substance dependency. In 2009, Paul founded Net for Hope Foundation, an international NGO established to transform underdeveloped communities in Uganda. Paul has been a licensed Marriage, Family Therapist since 1992, and received a master’s degree in Marriage, Family, Child Therapy in 1985.