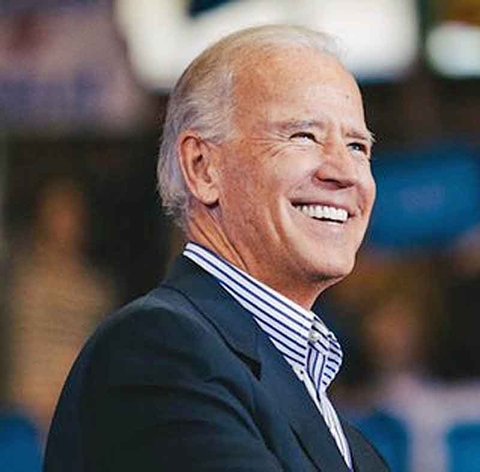 Joe Biden supports decriminalizing marijuana, a Biden campaign spokesman told CNN, but the former vice president isn't going as far as calling for the drug to be legalized on the federal level.

"Nobody should be in jail for smoking marijuana," Biden told voters at a Tuesday house party in Nashua, New Hampshire.

Asked by CNN if the former vice president supports legalizing marijuana, Andrew Bates, a Biden campaign spokesman, said Biden believes the drug should be decriminalized and that decisions on legalization should continue on the state level.

"As he said [Tuesday], Vice President Biden does not believe anyone should be in jail simply for smoking or possessing marijuana. He supports decriminalizing marijuana and automatically expunging prior criminal records for marijuana possession, so those affected don't have to figure out how to petition for it or pay for a lawyer," Bates said in a statement to CNN.

"He would allow states to continue to make their own choices regarding legalization and would seek to make it easier to conduct research on marijuana's positive and negative health impacts by rescheduling it as a schedule 2 drug," he added.

Marijuana, along with heroin and LSD, is classified as a schedule 1 drug, which the Controlled Substances Act defines as having "no currently accepted medical use" and a "high potential for abuse." Schedule 2 drugs, which include cocaine and meth, have "high potential for abuse which may lead to severe psychological or physical dependence." Schedule 2 drugs do have accepted medical uses.

Biden's stance comes as many in the 2020 Democratic field have voiced their support for legalizing marijuana on the federal level.

His decriminalization position marks a bit of a shift for Biden, who served as vice president in the Obama administration, which did not move to decriminalize marijuana, reschedule the drug or publicly support automatically expunging of criminal records of marijuana offenses. The administration did issue guidelines to not enforce federal anti-marijuana law in states where pot was legalized.

"I think the idea of focusing significant resources on interdicting or convicting people for smoking marijuana is a waste of our resources," Biden said in interview with TIME in 2014. "That's different than [legalization]. Our policy for our Administration is still not legalization, and that is [and] continues to be our policy."

While in the Senate, Biden, who over the years expressed opposition to legalizing marijuana, was an architect or supporter of tough-on-crime legislation, including the creation of the Office of National Drug Control Policy, also known as the "drug czar," and establishing mandatory minimum sentences for marijuana. Biden has voiced regret for the sentencing disparity between crack and powder cocaine that stemmed from one of those measures, noting he and former President Barack Obama worked to reduce that disparity.

Legalizing marijuana is an issue that has seen a steady uptick in support over the years. A Gallup poll released in 2018 found 66% of Americans support legalizing the use of pot, up 22% from nearly a decade ago. Fifteen states have decriminalized marijuana while 10 others and the District of Columbia have legalized the drug, according to the Marijuana Policy Project.

Many in the Democratic presidential primary field have issued full-throated support for legalizing the drug on the federal level. Earlier this year, New Jersey Sen. Cory Booker reintroduced the Marijuana Justice Act, which would legalize marijuana on the federal level and expunge the records of those who have been charged with a crime for using or possessing the drug. Several Democratic presidential contenders have signed on as cosponsors of the measure: Sens. Michael Bennet of Colorado, Kirsten Gillibrand of New York, Kamala Harris of California, Bernie Sanders of Vermont and Elizabeth Warren of Massachusetts.

In a CNN town hall in March, former Colorado Gov. John Hickenlooper said while he would not pursue legalization on a federal level, but that he believes the states should be allowed to move forward.