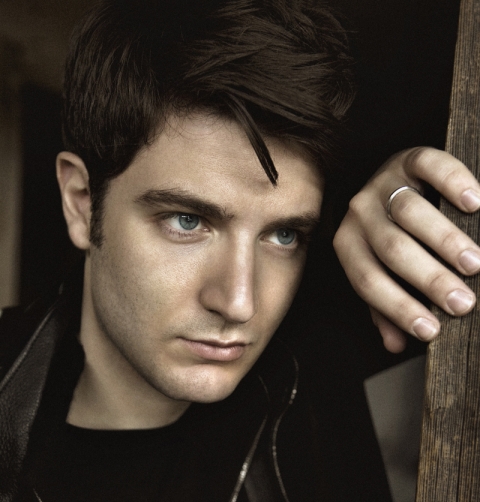 On November 27-29, the Kansas City Symphony presents Spanish Nights, and Prokofiev’s Fifth featuring two outstanding guest artists. The Symphony celebrates the beauty and mystery of Spain with guest conductor Carlos Miguel Prieto as they perform excerpts from Albéniz’s masterpiece, Ibéria, and pianist Alessio Bax plays de Falla’s brilliant Nights in the Gardens of Spain. Traveling onward, hear why Russian composer Prokofiev so aptly characterized his Fifth Symphony “as a symphony of the greatness of the human spirit, a song of praise of free and happy mankind.”

Pianist Alessio Bax creates “a ravishing listening experience” with his lyrical playing, insightful interpretations, and dazzling facility. “His playing quivers with an almost hypnotic intensity,” says Gramophone magazine, leading to what Dallas Morning News calls “an out-of-body experience.” First Prize winner at the Leeds and Hamamatsu international piano competitions—and a 2009 Avery Fisher Career Grant recipient—he has appeared as soloist with over 100 orchestras, including the London and Royal Philharmonic orchestras, the Dallas and Houston symphonies, the NHK Symphony in Japan, the St. Petersburg Philharmonic with Yuri Temirkanov, and the City of Birmingham Symphony Orchestra with Sir Simon Rattle.

Alessio Bax graduated with top honors at the record age of 14 from the conservatory of his hometown in Bari, Italy, where his teacher was Angela Montemurro. He studied in France with Francois-Joël Thiollier and attended the Chigiana Academy in Siena under Joaquín Achúcarro. In 1994 he moved to Dallas to continue his studies with Achúcarro at SMU’s Meadows School of the Arts, and he is now on the teaching faculty there. A Steinway artist, Bax resides in New York City with his wife, pianist Lucille Chung, and their daughter.

Widely celebrated as a rising star in the US, Canada, and his native Mexico, Carlos Miguel Prieto’s charismatic conducting, characterized by its dynamism and the expressivity of his interpretations, has led to major engagements and popular acclaim throughout North America and in Europe. In great demand as a guest conductor with many of the top North American orchestras, including Chicago, Cleveland, Seattle, Oregon, Toronto and Vancouver symphony orchestras, his relationships with orchestras in Europe, Latin America and the United Kingdom continue to expand.

Recognized as the leading Mexican conductor of his generation, Prieto has been the Music Director of the Orquesta Sinfónica Nacional de Mexico (OSN), the country’s most important orchestra, since 2007. The following year he was appointed Music Director of the Orquesta Sinfónica de Minería (OSM), a handpicked orchestra that performs a two-month long series of summer programmes in Mexico City.

A naturally inquisitive musician of broad and varied interests, Prieto is renowned for championing Latin American music and has conducted over 50 world premieres of works by Mexican and American composers many of which were commissioned by him.

Performances of Spanish Nights, and Prokofiev’s Fifth will be November 27, 28, and 29, at Helzberg Hall in Kansas City’s Kauffman Center. Tickets range from $23 to $76, and can be purchased online at www.kcsymphony.org and at the Kauffman Center Box Office.