Kevin Hart says 'I'm over it' and won't host the Oscars 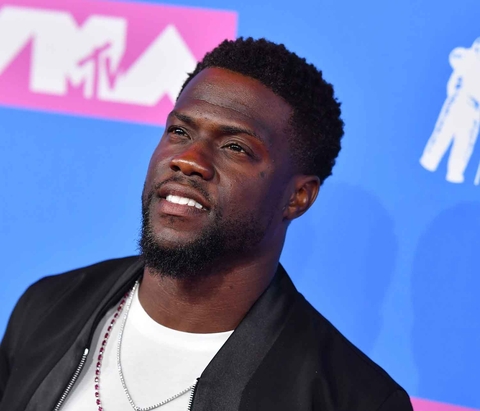 It's official: Kevin Hart will not host this year's Oscars.

The comedian and actor appeared on Good Morning America Wednesday and told host Michael Strahan "no" when asked if he will helm the Academy Awards on February 24.

Hart stepped down December 7 from hosting the Oscars -- just two days after announcing he would host -- after homophobic comments he made years ago resurfaced.

Hart, who had repeatedly apologized for the comments and tweets made between 2009 and 2011 -- said Wednesday that he's "done" apologizing.

"I'm over it," he told Strahan. "There's no more conversation about it. I'm over that, I'm over the moment. I'm not giving no more explanation of who I am ... I'm just done. If you didn't [hear the apology], then I don't know what you're looking for."

"I'm a good person," he added. "I love to love. If you don't see that, then that means it's a problem with you. I have nothing else to prove."

The question of whether Hart would reconsider taking the Oscars gig resurfaced last week after Ellen DeGeneres expressed support for him on her talk show and said she had called the Academy of Motion Picture Arts & Sciences to talk about how to bring Hart back.

Hart, who is making TV appearances in promotion of his new movie, "The Upside," told DeGeneres he was "evaluating" his decision.

That interview received some backlash and CNN's Don Lemon called Hart out on his show for giving an "insincere" apology.

CNN has reached out to Hart's representatives for comment.

The Academy has yet to comment on who will take Hart's place or if the awards show will go without a host this year.