More than our elders, more than just gay; they are our gay elders 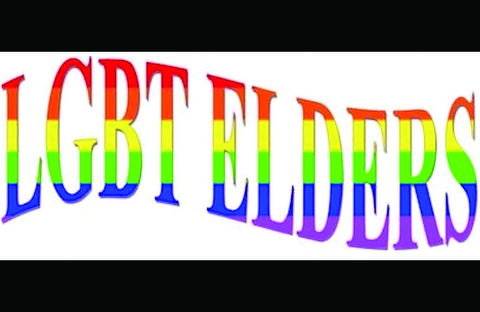 Growing up in a Native American household where traditional values are a way of life, it has been ingrained in the souls of my family, as well as myself, to respect our elders.

Extending beyond the honest philosophy that “life is hard” and they have lived through the difficulties of life, therefore earned our respect - they are the holders of knowledge.

In my culture, our elders hold and protect our traditional stories, our ceremonies, our language, our values and our crafts.

They are responsible for knowing it and to share it with the younger generations to ensure the survival of our way of life.

Beautifully enough, this is something all walks of life have in common with each other.

It doesn’t depend on culture, race, gender, or even species. Just as a tiger will teach her cub how to hunt, a sheep will teach the ewe how to look after itself; parents spend their entire lives guiding their children hoping they will one day pass on this information.

Knowledge and the ability to pass it on is one sure way to achieve immortality.

Sadly, much like Native American history, the short, but painful battle that members of the LGBTQ+ community have endured will never be taught in schools, the consequence of this is already being witnessed in the younger generations.

“What’s Stonewall?” He chuckled. “You kids really don’t know anything!”

He commented in his thick Boston accent. He then proceeded to pass on information that is often overlooked and is starting to easily be forgotten.

For the record, the Stonewall Riots were a series of spontaneous, violent demonstrations by members of the gay (LGBTQ) community against a police raid that took place in the early morning hours of June 28, 1969, at the Stonewall Inn in the Greenwich Village.

It’s where Gay Pride was born.

Those older than us have lived through much. Let us not forget the AIDS epidemic in the 80s and 90s; people were literally dropping down dead - they were our elders’ family, friends and loved ones.

Let us not forget that before Clinton’s “Don’t Ask, Don’t Tell” policy, which was progressive in that time, it was illegal to be gay in the military.

Despite this, hundreds if not thousands still took up arms to protect our country and paved our way to be gay in the military. Let us also not forget the tragic journey many endured to have the right, as a nation, to get married equally. Let us not forget the blood shed for us to have our rights today, a most popular example, Harvey Milk.

That said, over Labor Day, the Habana Inn had the distinct privilege of welcoming the annual gathering of Prime Timers, a social event for older gay men. It was at the pleasure of the Copa to host their dinner, and I was their evening host.

What an honor it was for me to welcome them into our city. We have many from San Antonio and Kansas, but some from as far as San Francisco, Canada and even Australia.

Before their dinner, it was a joy to shake their hands, chat with them, laugh with them and hear tidbits of their lives.

Last month, while attending Norman’s first Gay Pride parade, my eyes teared up with pride when I stopped myself long enough to remember there is a real reason for the festive event - there is a long and rich history of struggle, of pain, of beauty and of love that has made that moment possible.

As I watched these men laugh and enjoy their dinner, my heart again was touched as I found myself once again tearing up.

It’s these men, and so many more men and women across the country, who made being gay as comfortable and welcoming as it is today. Some who fought our battles aren’t even gay but simply believed in love and respect for everyone.

I will never know the heartbreak and struggle that many older men and women suffered, sometimes without much of any hope that things would get better. Let us not forget this, and all strive to do our best to honor our gay elders.

More than our elders, more than just gay. They are our gay elders.