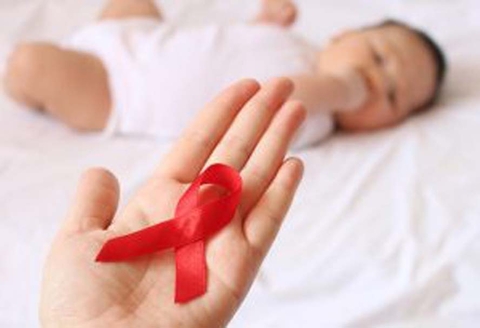 May is a happy month. After April’s rain, everything turns green, and flowers bloom a rainbow of colors to make us smile. After months of gloom and barrenness, life springs forth again.

Between 1985 and 2016, heterosexual women became the fastest growing population to become infected with HIV. Worldwide, more than 18 million women (52 percent of HIV+ adults) are affected. These statistics are a crisis not only for the women, but also for their children and future children.

How are so many women becoming infected each year? Yes, some do live risky lifestyles. They work in adult entertainment or the sex industry. They may use drugs and share needles. They may engage in unprotected sex with multiple partners.

For women who are pregnant or who plan to become pregnant, having a positive diagnosis puts their babies at risk. Perinatal (mother-to-child) transmission can occur at any time, but the CDC has recommendations on treatment and delivery protocols to help protect both mother and child.

If a woman plans to become pregnant, it is essential she and her partner each get tested before becoming pregnant. Knowing their status will allow them to speak with their doctor to learn their options and make an informed decision. If a woman is already pregnant and HIV+, she can still have a healthy baby. She absolutely must have regular, frequent visits with her healthcare provider.

Sadly, one in five women in the U. S. gets no prenatal treatment, especially in the 14 states that refused the federal Medicaid expansion. In The Gayly region, those states are Oklahoma, Kansas, Texas and Missouri.

It is essential that the mother take her protocol of medicines as prescribed to suppress her viral load. Adhering to this protocol throughout the pregnancy and delivery can greatly reduce the likelihood that the child will contract the virus. It may also be advisable to give the baby HIV medication for the first couple of months after birth.

For women whose viral load is not adequately suppressed, a Cesarean delivery is recommended. There are techniques for performing this surgery that reduces the baby’s exposure to the mother’s blood and that greatly lessen the potential for infection.

HIV+ women should never breastfeed their babies because the virus can be transmitted through breastmilk. She should also never pre-chew her baby’s food. This latter behavior is not common in the United States where most women have access to pre-packaged baby food or who have the means to blend it at home. However, impoverished women may resort to this if they have no other means of feeding the baby.

The best news about all of this is that the rate of perinatal infection has steadily declined since the 1980s. Better training for health care providers coupled with better access to health care and information for women have contributed to the possibility of living a healthy life for both mother and child.

May is truly a month of new beginnings. Happy Mother’s Day.