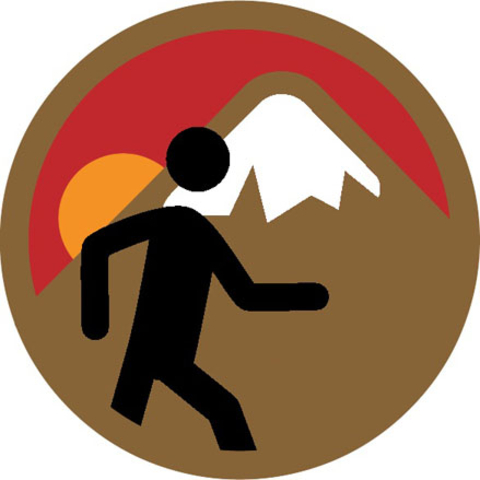 NORTH RICHLAND HILLS, Texas (AP) — Chatting in the living room one night, Ron Orr gave his 15-year-old son Andrew a choice: He could stick with the Boy Scouts of America and his mission to become an Eagle Scout, or he could join Trail Life USA — the new Christian-based alternative that excludes openly gay boys.

This was no small decision. Four generations of Orr men had been Eagles, including Ron and Andrew's older brother. Andrew had spent years working toward Scouting's highest rank, and was just months from reaching it.

But the Boy Scouts had decided to admit gays, and Ron Orr, a tall, soft-spoken man with a firm handshake, is clear about his Christian faith and what it says about homosexuality: It is a sin that cannot be tolerated.

His son agreed. He would forgo the century-old BSA for Trail Life, which officially launched just last month.

"It felt like I'd be hitting something higher than Eagle in terms of achievement," Andrew said, in an interview.

So Orr and his son left BSA and set out with other families to build a new organization based on what they believe to be Christian values. Orr is a regional organizer who speaks to churches and groups about Trail Life. His son now aspires to achieve a Freedom Award, the new group's highest rank.

The Orrs and others in Trail Life say they are fighting for the traditional values of Christianity and of Scouting, which includes a command in the Scout Oath to be "morally straight" — even as a changing America grows more accepting of gays and gay marriage. They are leaving an organization central to many of their upbringings with heavy hearts, but also with the belief that the Scouting they knew no longer exists.

"As Christians from a scriptural basis, we love all folks, but the Scripture is very clear that being homosexual is a sin," Ron Orr said in an interview. "We've got to be able to hold a strong line and set a consistent example for our young men.

"Trail Life has established units in more than 40 states, mostly from Boy Scouts and parents who feel their old organization has lost its way. It has about 600 units up and running or in the process of registration, executive director Rob Green said. As many as half of those who have expressed interest were not affiliated with the Boy Scouts beforehand, Green said.

It is still a tiny movement compared to Scouting, which has nearly 2.5 million youth members and remains a powerful force in American life, even with a 6 percent drop in membership last year.

Trail Life promotes itself on its website as the "premier national character development organization for young men which produces Godly and responsible husbands, fathers and citizens."

Its official membership standards policy welcomes all boys, but adds, "We grant membership to adults and youth who do not engage in or promote sexual immorality of any kind, or engage in behavior that would become a distraction to the mission of the program."

For over a century, Scouting banned openly gay youth and leaders, fighting all the way to the Supreme Court to defend its right to do so. Leaders who were revealed to be gay were excluded, and some boys were denied Eagle Scout awards by regional councils that were notified of their sexual orientation.

But the Scouts eventually began to face pressure from sponsors and CEOs who serve in Scouting leadership but lead companies with anti-discrimination policies. BSA surveys also showed that youths and parents of Scouting-age children were supportive of allowing openly gay Scouts.

There are signs that the change worked. One of the gay Scouts who rallied for the change, Pascal Tessier of Maryland, has since received his Eagle award. And threats of massive departures from Scouting ranks have not materialized. Early reports suggest a small percentage of Scouts left BSA due to the policy — far less than even what Scouting leaders were led to expect by surveys conducted before the vote.

"Ultimately, Scouting voted in favor of a new policy that allows us to serve more kids," said Deron Smith, BSA's national spokesman, in an email. "That said, we're pleased that the strong majority of our Scouting family remains committed to Scouting."

But the vote also angered many people affiliated with Scouting, particularly in more conservative parts of the country. Many of them have stayed with Scouting so far. Others have sought alternatives, from Trail Life to other youth groups sponsored by churches.

"We're trying to learn from the mistakes of the Boy Scouts," said John Stemberger, an Orlando, Fla., lawyer who led the opposition to BSA's May vote and went on to found Trail Life.

Stemberger accused BSA of imposing "an artificial political and social agenda" on its national membership at the expense of its rank-and-file members and churches. He says he's heard from people still in Scouting who are quietly dissatisfied, but staying put for now.

Some of the parents who took their children out of Scouting and into Trail Life admit feeling the loss of BSA's history and tradition. They remember Eagle Scout ceremonies and trips to BSA's national campgrounds, and acknowledge that their children won't experience those things in quite the same way.

But they say the threat to their children's values outweighs any of that.

Orr home-schooled his two sons, one of whom is now in college, and leads his local association of home-school parents in North Richland Hills, Texas, a conservative suburb of Fort Worth. Orr said he was confident before the vote that the policy change would fail. When it didn't, he and his association's board began to study alternatives.

Orr attended Trail Life's national convention in September, where he met with others interested in a new program and came away confident that it would work for his son and other boys in the home-school association. He's now one of Trail Life's leading recruiters, responsible for six states in the Southwest.

"When we saw Trail Life unveiled, what I saw was a program built on strong Christian principles, but those were integrated into a young man's development," he said.

All of the families in his Trail Life unit belong to the home-schooling association. They put a great emphasis on traditional Christian values, taking a direct hand in their children's education to make sure those values are instilled.

"We feel strongly enough that they should be taught at a young age and modeled," said Lisa Glaspell, the mother of three young boys. She just signed up her oldest, 5-year-old Malachi, for Trail Life.

"I'm a single parent, and I knew he would be surrounded by men of good strong character," Glaspell said in an interview. "And I knew they could provide him with the example and encouragement he's going to need as a young boy."

On a recent winter evening, about 40 boys from the unit attended a Trail Life meeting inside a non-denominational Christian Church. All of the boys, ages 5 to 16, met together before splitting off into age and rank groups.

They wore green Trail Life T-shirts and stood in lines in front of their three youth leaders. After reciting the Pledge of Allegiance, it was time for them to raise their right hands and say the Trail Life Oath, which calls on the boys in part "to serve God and my country, to respect authority, and to be a good steward of creation."

Most of them didn't know all of the words yet, and the group lost steam after the first line. As the boys started to giggle and look around at each other, one of their leaders shouted, "Start over!" and helped them finish it.

They then sat down for a religious talk from their adult Trailmaster, Philip Buchholz. He told them that it was important for them to stay true to who they are.

He asked them for examples of salt's uses, and then issued an apt challenge.

"If salt loses its saltiness, how is (the Earth) going to be preserved?"

Trail Life has just seven paid staffers so far. It is still working through signing up new units and building the infrastructure that a national youth organization will need. The organization is relying on a $325 chartering fee for new units, as well as membership fees, merchandise sales and some private donations.

Stemberger says he's heartened by the "organic" growth so far and predicts more Scouts will defect, particularly if BSA eventually opens its doors to openly gay adult leaders. "When they do that, we'll be in a position to see real growth," he said.

The boys and their parents are still getting used to a world of new names, new ranks and new uniforms that haven't arrived yet. They hold up five fingers while reciting their oath, instead of three. Scouts are now "Trailmen," and troops are now units. There is a new handshake and a new salute.

Trail Life has issued a chart to help transfer Scouting ranks into Trail Life ranks. It has a handbook that covers camping, knots and other skills familiar to any Scout. To achieve the Freedom Award, boys will choose subjects for a "major" and two "minors," something Trail Life organizers hope will give the boys new opportunities to learn and challenge themselves.

"I see all of these elements working together to truly build upon the foundation they received in Boy Scouts and maybe go to a new standard as they move forward in Trail Life," Orr said.

It will be years before the parents know if the change and their effort were worth it.

After Buchholz's talk about Scripture, another adult leader, Joshua White, announced the winner of the vote that opened their meeting: to rename the box-car races known nationwide by Scouts as the Pinewood Derby. The winning name for the Derby was the Trail Life Grand Prix, and the boy who suggested the name won a patch to be sewn onto his formal uniform, once it's ready.

The boys then broke off into age groups. The oldest teenagers discussed the unit's first camp, scheduled for April. The youngest 5- and 6-year-old boys talked to an adult about what to do if they got lost at the mall. Others played games in the parking lot outside, running around and shouting joyfully on a cold evening.

White wasn't a Boy Scout growing up, but went to high school with Eagle Scouts whom he admired greatly. "From pretty much that point on, I knew I wanted my son to be a part of that," he said. His son, now 11, joined Cub Scouts and soon shared his dad's dream.

Sitting next to Orr during the meeting, White began to cry as he described what his son said: "I wanted to go with what God would want."

"It made it clear that we had taught him what he needed to know," he said.