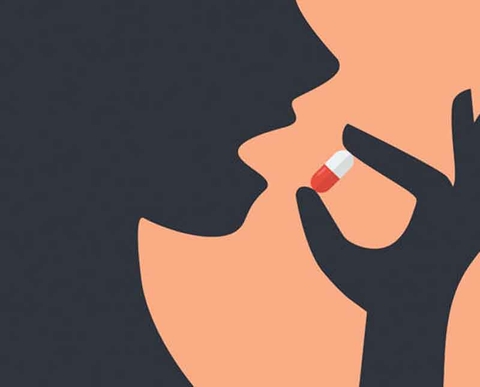 As a lifelong educator, I must admit that my bias is that people educate themselves on anything and everything that might affect them. Ignorance is not bliss, but knowledge can certainly be power. Unfortunately, knowledge can be scary for some.

When the topic is as important as our sexual health and overall well-being, we can’t afford to rely on myth and misinformation. HIV is an equal opportunity virus much more closely related to risky behaviors than to sexual identity or orientation.

Those behaviors certainly include having unprotected sex, especially with multiple partners, but they also include sharing toothbrushes, razors, needles, or other sharp objects that can break the skin and expose one person’s blood to another.

In any situation, prevention is the best option. Prevention means real education programs about risky behaviors need to begin well before the hormones that make adolescents crazy awaken and drive their behaviors with reckless abandon.

Trying to talk to kids about abstinence or safer sex practices after they have begun having sex is futile. Lying to them with wild, scary stories or telling them that they won’t like sex is equally futile and will tend to make them question your sanity and judgment.

As difficult as it might be for adults to talk about the “s” word with children and adolescents, it is crucial if we ever want to get out ahead of the virus and begin protecting people from possible transmission. We need to have those same uncomfortable conversations with older populations who may believe that they are clear to have sex because pregnancy isn’t a possibility.

It’s true that fertility, at least for women, ends at a certain time, but viruses never take a vacation. Practicing monogamy and reducing other risky behaviors is important at any age.

For those who are sexually active, getting tested regularly allows them to know their status so they can begin treatment as quickly as possible if it becomes necessary. Knowing your status also offers some peace of mind and reaffirms you are making healthy choices for yourselves.

People who are victims of sexual assault, who have a momentary lapse of reason, whose condom breaks, or who experience needle sticks or body fluid exposure should immediately get to an emergency room to receive PEP, Post Exposure Prophylaxis.

This treatment is typically available in major metropolitan areas, but health care providers in more rural regions may not know what this is.

HIV/AIDS doesn’t have to be an automatic death sentence for those infected as it was decades ago. Working with a medical professional and adhering to a strict treatment regimen means that people can live a long life despite HIV status.

However, those treatments come at a cost. Since they tend to damage important organs in the body, another regimen of drugs often must be taken to offset the negative side effects of the HIV treatment.

A positive outcome of people being identified as HIV+ earlier and beginning and adhering to their treatment regimen is that many experience a zero viral load. This term means the virus is not detectable in their blood and that they are not at risk of passing the virus on to a sexual partner. However, maintaining tight control and working closely with their physician is required.

On the downside, new studies show that HIV ages people about fourteen or fifteen years. While people won’t necessarily experience negative symptoms from HIV, they are at a higher risk of developing age-related health issues sooner than their non-HIV+ counterparts.

As we wind down 2018, the key points to remember are prevention, early detection, and adherence to a treatment plan.

Educate and love yourselves and each other.