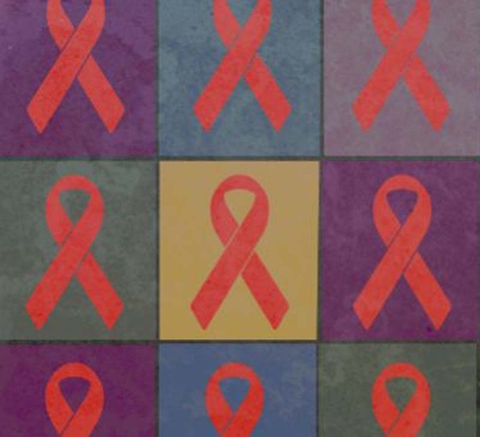 Lambda Legal today announced it has reached a settlement with the Iberia Parish Sheriff Office on behalf of William “Liam” Pierce, a former police officer who was denied a job as a sheriff’s deputy when he noted as part of a medical evaluation that he is living with HIV.

“This settlement is a lesson to all employers across the country that HIV discrimination in the workplace is completely unlawful and has no place anywhere. Someone’s HIV status is absolutely irrelevant to their ability to safely perform a job, from the Iberia Parish Sheriff’s Office to the U.S. Air Force, and using it to deny employment or promotion is discrimination pure and simple,” said Scott Schoettes, Counsel and HIV Project Director at Lambda Legal. “This settlement should also serve as a wakeup call to states and cities across the country to remove once and for all outdated and stigmatizing HIV criminalization laws that perpetuate discrimination and ignore current medical science.”

“I immediately knew that the Sheriff’s decision not to hire me was based on my HIV status, and though it was a long journey, it feels good to finally be vindicated.” I hope that my case helps others avoid going through my experience and demonstrates to other employers that living with HIV has nothing to do with our ability to do any job,” Liam Pierce said.

In addition to the $90,000 in damages paid to Piece, the settlement also mandates that the Iberia Parish Sheriff’s Office:

In October 2017, Lambda Legal filed a federal lawsuit on behalf of Pierce against the Iberia Parish Sheriff’s office in the U.S. District Court for the Western District of Louisiana. This past August, Lambda Legal urged a federal district court to find that Iberia Parish Sheriff Louis Ackal violated the federal Americans with Disabilities Act (ADA) when he rescinded a job offer for  Pierce to serve as a sheriff’s deputy after learning that Pierce was a person living with HIV. Though the judge denied the motion, he encouraged the Sheriff’s Office to settle.

Background: Liam Pierce has worked as a paramedic, volunteer firefighter, and police officer, among other volunteer and professional jobs as a first-responder. In 2005, Mr. Pierce left his life and job in Ohio to help with relief efforts in Louisiana in response to the tragedy of Hurricane Katrina. He has been a resident of Louisiana since then and continued his career in public safety serving as a paramedic and full-time police officer.

In 2012, Pierce applied for a position as a Sheriff’s Deputy with the Iberia Parish Sheriff’s Office, a job for which he was and is fully qualified. Shortly after his in-person interview, a captain informed Pierce he would be hired. However, after Pierce completed a medical examination that noted his HIV status—but acknowledged that he was able to perform the job without accommodation—the job offer was rescinded.

Pierce filed a charge of discrimination under the ADA with the U.S. Equal Employment Opportunity Commission (EEOC) a few months later. In 2016, after investigating Pierce’s claim, the EEOC issued a Determination of Probable Cause stating that the evidence supported Pierce’s claim against the Iberia Parish Sheriff. In October 2017, Lambda Legal filed a lawsuit on behalf of Pierce.

Lambda Legal has a long history of fighting for LGBT employees and employees living with HIV who face discrimination at work, often in cooperation with the EEOC, including several recent cases on behalf of clients forced from their jobs or fired because of their sexual orientation or gender identity. Lambda Legal is also currently fighting the Trump administration on behalf of U.S. military service members living with HIV who are being prevented from serving or being unnecessarily restricted in their service based on their HIV status.

The case is Pierce v. Ackal. Read about the case here: https://www.lambdalegal.org/in-court/cases/pierce-v-ackal.