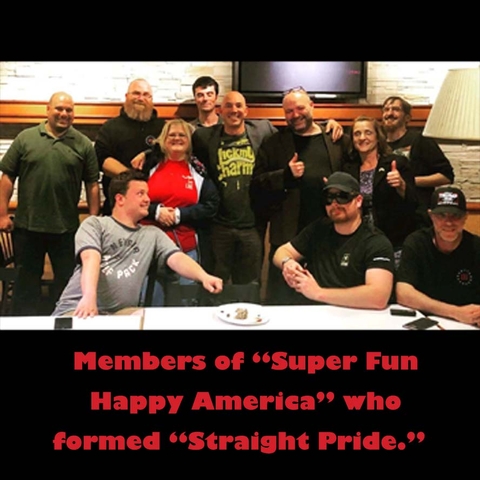 The FBI and Massachusetts state police are investigating after three members of a group that plans to hold a "Straight Pride Parade" in Boston next month reported receiving suspicious packages in the mail Monday.

At least three parade organizers received envelopes in the mail with no return address, one of the organizers, Samson Racioppi, said.

Racioppi is part of the group Super Happy Fun America, which has applied for a permit to host a "Straight Pride Parade" in Boston in August.

He told CNN he discovered the envelope in his mailbox around 1:30 p.m. Monday and called the police because of its strange appearance.

"I went out to my mailbox and there was an envelope in there with my name and address, no return address, the back was very heavily taped up and when I shook it I heard stuff shaking around inside," Racioppi said.

A hazmat team shut down his street to traffic and told neighbors to leave their homes while the mail was investigated, he said.

Racioppi said he called other organizers and told them to check their mail. He says at least two other organizers, including Super Happy Fun America's vice president Mark Sahady received similar envelopes.

Sahady told CNN that he called police after receiving an envelope that appeared to be filled with a sand-like substance.

Sahady said he was later told by an officer that the envelope contained glitter and a handwritten letter.

The FBI does not believe the packages pose a threat to public safety and the investigation is ongoing, Kristen Setera, a spokesperson for the bureau, told CNN Monday.

Neither the Massachusetts State Police nor the FBI would comment on who the packages were sent to.

But organizers said they believe they were targeted because of their efforts to plan the parade.

"It got a lot of news coverage, so it obviously had to do with the parade," Sahady said.

Last week, the group's public event application was approved, Boston officials said. Organizers still need the approval of police district captains and the licensing board to receive a parade permit and an entertainment license before the parade can take place. It is tentatively scheduled for August 31.

Critics have panned the idea as homophobic.

But the group's president, John Hugo, told CNN the event is "not anti-gay but pro-straight," adding that a groundswell of support is building around it.

More than 350 volunteers have joined the effort and Milo Yiannopoulos is slated as the grand marshal, he said. The permit says 2,000 attendees are expected.