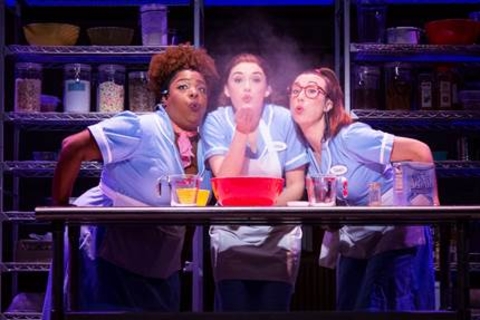 Waitress, the hit Broadway musical about a waitress and expert pie maker named Jenna, is headed to Walton Arts Center for eight shows on April 9-14. In honor of Waitress, Walton Arts Center and KNWA are joining forces to give local pie bakers an opportunity to shine with a "Baked from the Heart" pie contest.

Amateur or professional bakers from Northwest Arkansas can enter online at waltonartscenter.org/waitress/pie-contest. Three finalists will be chosen to compete in the ultimate bake-off to be aired on the March 14 episode of “Good Day NWA.”

Every entry must include:

Finalists will be contacted on March 6, and they must be able to attend the March 8 filming of Good Day NWA from 10 a.m. until noon at Walton Arts Center. Finalists will need to bring their fresh-baked pie for our panel of judges.

The winner of the contest will receive:

Submissions are being accepted now through Friday, March 1. One entry per person. Contestants must be 18 or older to enter.

Inspired by Adrienne Shelly's beloved film, Waitress tells the story of Jenna who dreams of a way out of her small town and loveless marriage. A baking contest in a nearby county and the town's new doctor may offer her a chance at a fresh start, while her fellow waitresses offer their own recipes for happiness.