What happened to the openly gay athlete? 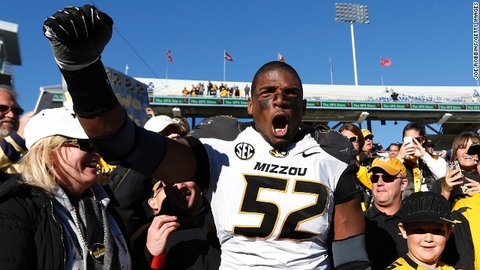 (The Conversation is an independent and nonprofit source of news, analysis and commentary from academic experts.)

From late April 2013 to early May 2014, gay and lesbian athletes welcomed breakthrough after breakthrough in the historically closeted world of sports.

Journeyman basketball center Jason Collins came out as gay and later signed a contract with the Brooklyn Nets, making him the first openly gay player to get into a regular-season game in the NBA, NFL, NHL or MLB.

Finally, in football, SEC defensive player of the year Michael Sam became the first out player to be drafted when he was selected by the St. Louis Rams in May 2014.

But if some were hoping the events of 2013 and 2014 would spark a wave of professional athletes coming out, little headway has been made. Since Sam was drafted, no active players have done so from any of the four major sports leagues. The closest have been players like David Denson, a minor league prospect for the Milwaukee Brewers who quit baseball this past spring, and retired NFL lineman Ryan O'Callaghan, who came out on June 20.

What gives? Are professional athletes worried about discrimination? Do the perceived barriers to coming out as an athlete – not being signed by skittish general managers, not being accepted by teammates, being labeled a “distraction” by coaches or the media – still exert undue influence?

The answer is a nuanced one. But evidence suggests that, while momentum has slowed at the top levels of pro sports, an increasing number of players at the college and high school levels in America are coming out – and are finding themselves supported when they do so.

Since it was founded in 1999 by journalists Jim Buzinski and Cyd Zeigler, the website Outsports has been an outlet for gay sports fans and athletes to share their personal stories or simply chat about their favorite teams.

When the site was first launched, it was mostly the latter, Buzinski told me over the phone.

“It was just basically just two guys who liked sports who happened to be gay,” he said. “We’d write as much about general NFL stuff as we would about anything else.”

Things have changed dramatically over the past few years. A player coming out, either on Outsports or through other media outlets, has become almost routine – at least, outside of the big four professional leagues.

Each high school or college athlete who tells his or her story makes it easier for the next person, Buzinski said.

“There’s been a real acceleration in the last four years,” Buzinski said.

The site has a policy of featuring only one athlete’s coming-out story per day. That used to be simple; few LGBT athletes wanted to be identified at all. Now the editors have to figure out which story will run on what day.

They include a high school football player from Texas who played for his team during the game and performed with the drill squad at halftime, and a sprinter who attempted suicide twice before coming to terms with himself as an out, gay man.

While acknowledging the dearth of names from top pro male teams, Buzinski likened the situation to legislation that fails to win approval in Congress, but is passed in similar forms at the local and statehouse level. Eventually, the measure becomes so ingrained that it becomes the law of the land.

And yet, as the number of openly gay players grows at the high school and college levels (not to mention the WNBA, where stars such as Brittney Griner, Diana Taurasi and Ellena Delle Donne all have come out), some questions remain: Why aren’t male athletes at the professional level coming out? And why does it seem like the media are less interested in the subject? 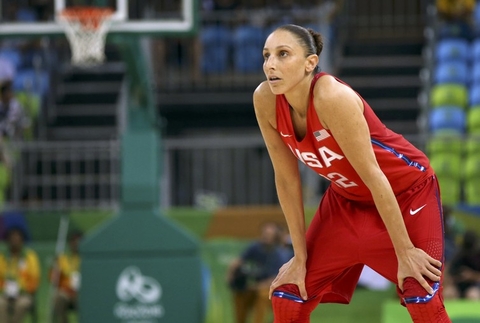 While female professional athletes like basketball star Diana Taurasi have come out, their male counterparts have stayed silent. (Reuters)

I ran several searches of the NewsBank database to try to gauge whether coming-out stories about gay and lesbian athletes were becoming more or less frequent. Each search used the terms “gay or lesbian” and “athlete or player” and “coming out” on U.S. newswires, which includes – among a range of mainstream outlets – all the state and national lines of The Associated Press. The number of results reached a peak at 35,047 in 2013 but dropped to 26,430 by last year, with early results indicating another likely decline in 2017.

Erik Hall, a freelance sports journalist, worked on the Sam story while a student at Missouri. His master’s thesis analyzed coverage of the lineman’s coming out saga, and he believes that this downward trend in news coverage can be explained quite simply: All those big stories raised the bar. For major mainstream publications, the story of a high school athlete coming out isn’t really that significant any more. To make it a national news story, it has to be a big name – a starter on an NBA, MLB, NHL or NFL team.

Meanwhile, Sam – who never played a regular-season down in the NFL and was released by the Rams and Dallas Cowboys – later admitted that coming out probably hurt his chances.

Hall told me that he thinks Sam’s inability to land with a pro team was more about talent than his sexual orientation. But he did add that he knows some people “who think [Sam] didn’t make it because of his sexuality. I think that narrative has been strong. I feel that had a chilling effect on [athletes] that are on that level.”

Luke McAvoy was a closeted backup lineman at the University of Minnesota when Sam came out a few months before the 2014 NFL draft. He says he’s grateful to Sam; shortly after Sam’s announcement, McAvoy came out to his team and was largely accepted by the other Gopher players. He had no ambition or chance to play at the next level – he’s now a middle school educator in Milwaukee – but he can relate to the fear of coming out for those in Sam’s position.

“For a college athlete chasing that dream, you don’t want to do anything to damage that,” he said in a phone interview. “There’s team pressure, money pressure, media pressure to stay quiet.”

At the pro level, will the tide ever turn to more openness about athletes’ sexuality? If so, McAvoy said, it will have to “trickle up” to the pros.

That day may not be so far away.

Hall, who writes a roundup of out LGBT athletes in U.S. colleges for Outsports, said that by his count, there were 23 such players active in Division I – the top level of college sports – at the start of the 2016-17 academic year. By the end of the year, there were 46.

This fall, there will be at least one more. My-King Johnson is a standout defensive lineman headed to Arizona after turning down UCLA. He’s 17 years old and came out to friends and family at 12.

While Sam came out after his playing career at Missouri was over, Johnson will be out before his starts. That means much of the media coverage of Johnson-as-novelty could well be done by the time his Wildcats and Northern Arizona kick off their season opener on Sept. 2.

In that case, Johnson will be just one of the guys.

This article was originally published on The Conversation. Read the original article here: http://theconversation.com/what-happened-to-the-openly-gay-athlete-78586.