“Red State: a Portrait of HIV/AIDS in Oklahoma,” 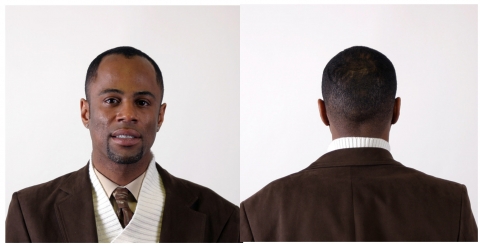 “Red State: a Portrait of HIV/AIDS in Oklahoma” is a digital storytelling project designed by Oklahoma artist Ashley Griffith to provoke thought and dialogue regarding the HIV/AIDS epidemic in Oklahoma. Photo provided.

One might think “Red State” would have something to do with Oklahoma's labeled political leaning. But that’s not what project “Red State: a Portrait of HIV/AIDS in Oklahoma,” is about.  Oklahoma City based photographer Ashley Griffith's current project is a look into those Oklahomans, no matter what political affiliation, living with HIV/AIDS.

“The title ‘Red State’ just happened to fit the project,” said Griffith. “Since Oklahoma is considered a very conservative state and the red ribbon being the symbol of the fight against HIV/AIDS, it just seemed to work for the message that the project focused toward.”

The project will be comprised of photographic portraits along with verbal interviews of those Oklahomans living with HIV/AIDS. The individual portraits will be placed in jewel CD cases and then compiled to form one large scale rectangular grid; on each side the grid there will be audio containing the verbal interviews of the people in the various portraits.

“The purpose of this project is to utilize digital storytelling and portraits to provoke thought and dialogue regarding the HIV/AIDS epidemic in Oklahoma,” adds Griffith, who is also the owner of the a.k.a. gallery in Oklahoma City’s trendy Paseo Arts District.

“I think that the issue of HIV/AIDS can still be shrouded in so much stigma and shame and especially in states like Oklahoma,” adds the artist. “I think that a lot of Oklahomans still see HIV/AIDS as a gay man’s disease and the truth is for a while now the growing rates of infection are in young women and straight men. I wanted to show through the portraits and stories that the disease affects all kinds of people.”

For a preview of thhe project, visit: http://www.youtube.com/watch?v=3PMmlAHcLpg

Griffith has been promoting the project for several months now in an attempt to get models for the portraits. The models can choose to be face forward or anonymous, with the photo taken of the back of the head (see end of story for contact info).

“I understand that many people may not or can not reveal their positive status due to work or family, etc., but I wanted those people to be able to tell their story and I think that those photos of the back of someone's head will make the piece even more powerful to the viewer.”

The goal is that the project will be done and ready to open on World Aids Day 2013. The AIDS Walk of Oklahoma City will be the sponsor for the project.

There will be a fundraiser for AIDS Walk OKC which will include a small preview of the project on display November 29, 2012 at a.k.a gallery, 3001 Paseo in OKC. Until then if you are interested in being a model or want to contribute to the project you can contact Ashley Griffith at a.k.a. gallery at (405) 606-2522.