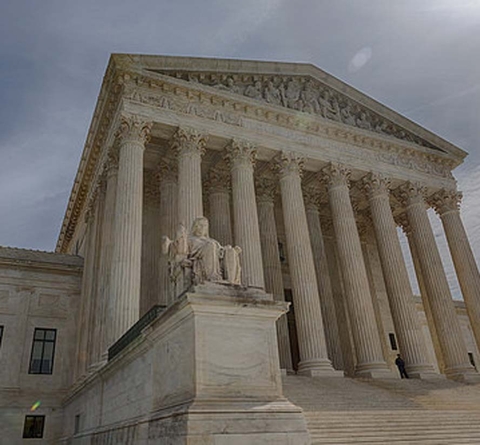 Amicus brief pushes forward in the fight for workplace equality and LGBTQ+ rights.

The fight for equality continues.

HRC, Lambda Legal, Out & Equal, Out Leadership, and Freedom for All Americans announced that 206 major corporations have signed a “friend of the court” brief. The brief will be filed with the U.S. Supreme Court (SCOTUS) in the 2019-2020 term.

Three cases may determine whether LGBTQ+ people are protected from discrimination under existing federal civil rights laws which prohibit sex discrimination in contexts ranging from employment to housing, to health care and education. The brief has more corporate signers than any previous business brief in an LGBTQ+ nondiscrimination case.

“At this critical moment in the fight for LGBTQ+ equality, these leading businesses are sending a clear message to the Supreme Court that LGBTQ+ people should, like their fellow Americans, continue to be protected from discrimination,” said Jay Brown, Senior Vice President for Programs, Research and Training for the HRC Foundation.

“With so much progress on the line, we are grateful to many major American companies who stood up for the rights and dignity of their LGBTQ+ employees, family members and customers.”

The organizations partnered to submit an Amicus Curiae Brief in cases taking away federal protections for LGBTQ+ people.

And today, Family Equality, The Trevor Project, and PFLAG National submitted an Amicus Brief in support of employees in the same three critically important LGBTQ+ employment discrimination cases which will be considered by SCOTUS.

The employers in these cases are asking the Supreme Court to rule that it is legal under federal law to fire workers because they are LGBTQ+ — a decision which would be a devastating rollback of federal civil rights protections for LGBTQ+ Americans, and would run counter to federal law established in Title VII of the Civil Rights Act of 1964.

“The case made in our brief, supported by stories of real-life, everyday discrimination experienced by our families, is simple: anti-LGBTQ+ discrimination is discrimination based on sex and is, therefore, prohibited by Title VII,” said Denise Brogan-Kator, chief policy officer of Family Equality.

“Family Equality calls on the U.S. Supreme Court to rule in favor of the employees in these cases and uphold the existing protections against sex discrimination afforded by Title VII of the Civil Rights Act of 1964.”

Casey Pick, Senior Fellow for Advocacy & Government Affairs for The Trevor Project added, “The Trevor Project was proud to stand with PFLAG National and the Family Equality in speaking up for youth and families who would be devastated by a negative ruling by the Supreme Court, rolling back workplace protections for LGBTQ+ Americans.

“As the world's largest suicide prevention organization for LGBTQ+ youth, we hear every day from youth in crisis who suffer from discrimination and harassment. The stories they tell us make it clear that the discrimination they suffer in the workplace is often based on their sex and gender stereotypes that have been rightly rejected under Title VII for decades. We hope that the Supreme Court will hear the voices of these young people and recognize, as have many lower courts, that discrimination based on sexual orientation or gender identity is sex discrimination, plain and simple.”

Diego M. Sanchez, Director of Advocacy, Policy, and Partnerships for PFLAG National, said for him, participating in this amicus brief for SCOTUS was both professional and personal.

“In my professional role with PFLAG National, I was proud to represent our hundreds of thousands of PFLAG families across the country. As an openly Latinx transman, workplace discrimination deeply and directly affected my own family and me, when after disclosing that I was transgender on the job, I was told by the EVP of Human Resources, ‘We can’t have people like you, transgender people, working here.’

“Hopefully, sharing the impact of that painful experience will result in the Supreme Court justices affirming what we know: That sex discrimination is prohibited by law under Title VII of the Civil Rights Act of 1964, including acting against people based on their sexual orientation or gender identity. We are proud to have our voices included in this amicus brief.”