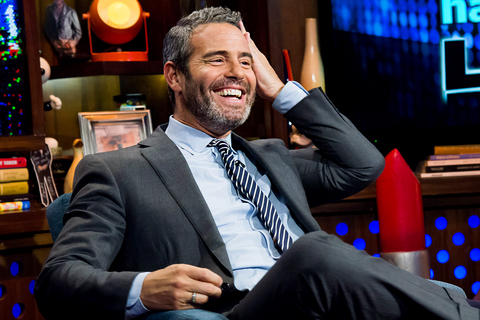 Tel Aviv Pride Week takes place June 3-10, 2018 and features a surge of world-renowned events across the city, culminating with one of the globe's largest and most diverse Pride celebrations.

The 2018 Tel Aviv Gay Pride Parade will take place on June 8 beginning in Gan Meir Park (next to King George Street) which is considered to be the center of the city's gay community.

The route then heads northward to Gordon Beach where the parade turns into a carnival with a big beach party that goes into the evening. At the festival and parade, Cohen will lead the incredibly diverse global contingent which calls Tel Aviv home – with people of every gender, religion and color flooding the streets to gather for a celebration of acceptance, love and joy.

"I've always wanted to go to Israel and can't think of a better occasion to get me there," said Andy Cohen.