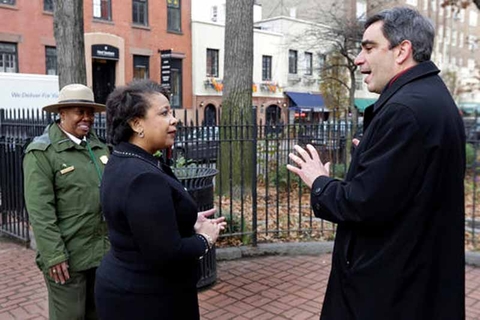 Earlier she told about a dozen students about the Department of Justice's work to create an environment in which everybody can live safely and free of prejudice.

The students' school is named for the late Harvey Milk, among the first openly gay men elected to public office in the United States when he won a seat on the San Francisco board of supervisors in 1977.

On Monday she addressed an interfaith gathering at a Muslim community center in Virginia.