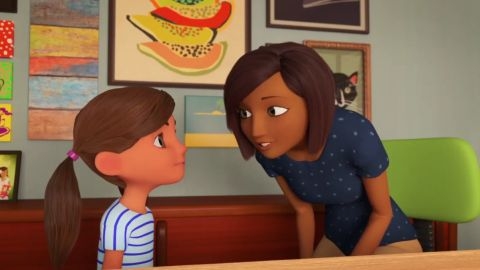 The two-minute video is part of a series on the organization’s website called “Become Jehovah’s Friend,” which targets children and explains the religion’s values by applying them in real-life situations. (File Photo)

A new and disturbing animated video has been released by the Jehovah’s Witnesses attempting to indoctrinate children and promote the idea that LGBT people can change.

The homophobic video depicts a confused girl asking her mother about a classmate at school that has two moms. The girl says that her teacher said it was okay as long as “people loved each other and were happy.”

Here’s where the homophobia kicks in, the mother sighs and hangs her head in disdain. She then says “Well, people have their own ideas about what is right and wrong,” she says. “But what matters is what Jehovah feels.”

The mother then goes on to say “Jehovah wants us to be happiest,” so he “invented marriage” between one man and one woman; she then goes on to quote a couple of bible verses as proof that Jehovah’s standards haven’t changed.

As far as getting into heaven is concerned, the mother compared it, ironically, to one of the most painfully monotonous experiences that a human can have, dealing with the TSA.

Just like getting on an airplane, we can’t just bring anything into the kingdom of heaven.

The mother tells her daughter that Jehovah commands her to “leave behind” the things he does not allow in order to get in to heaven, and that means her friend Cassie’s parents, who “can change” with enough convincing.

The two-minute video is part of a series on the organization’s website called “Become Jehovah’s Friend,” which targets children and explains the religion’s values by applying them in real-life situations.