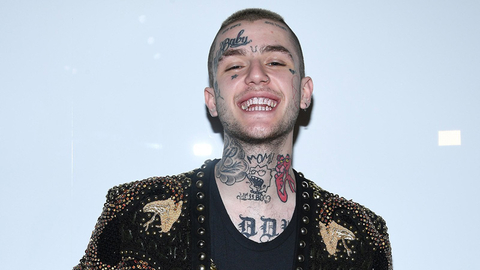 Bisexual emo-rapper Lil Peep has died according to the entertainer’s manager. The 21-year-old performer came out as bi in August on Twitter.

An emerging voice on the hip hop scene and a YouTube star, has died at the age of 21, police and a business associate confirmed to CNN Thursday.

A spokesman for the Tucson, Arizona, Police Department told CNN that police were called just before 9 p.m. (11 p.m. ET) Wednesday night after Lil Peep was found unresponsive by his manager in his tour bus and said that first responders "rendered medical aid but they were unable to save him."

"After speaking with people on scene and going into the tour bus, (police) said that there was evidence of a possible drug overdose, most likely from Xanax," Sgt. Pete Dugan told CNN.

"Obviously, we're not medical examiners, so there will be an autopsy to determine the exact cause of death," Dugan said, adding that there was "no sign of any kind of foul play" and police are "treating it as a suspicious death case, most likely from an overdose."

Born Gustav Åhr, the Long Island rapper and singer blended emo and hip hop for a distinctive singing and rapping style which often highlighted his drug use.

Many fans first discovered him via the streaming service Soundcloud, where he was one of its biggest stars.

Sarah Stennett, chief executive officer of First Access Entertainment, which partnered with the rapper last year, said in a statement to CNN that she was "shocked and heartbroken."

Fans and fellow artists have taken to twitter to mourn the loss of Lil Peep. 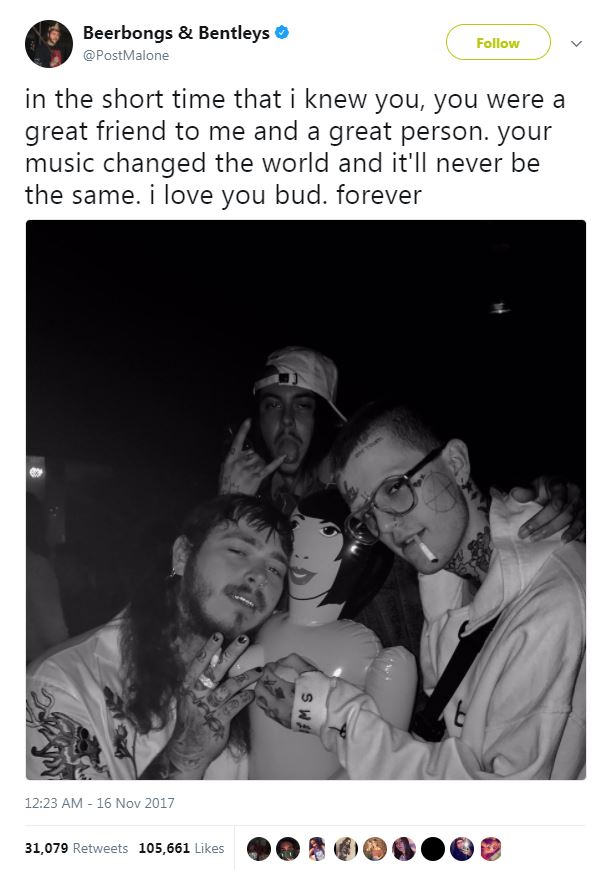 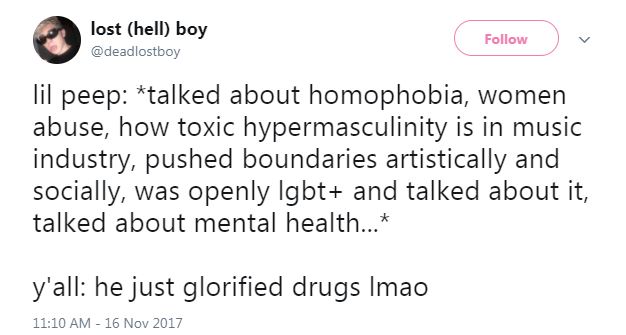 "I do not believe Peep wanted to die, this is so tragic. He had big goals and dreams for the future which he had shared with me, his team, his family and his friends," she said. "He was highly intelligent, hugely creative, massively charismatic, gentle and charming. He had huge ambition and his career was flourishing."

"I have spoken to his mother and she asked me to convey that she is very, very proud of him and everything he was able to achieve in his short life," Stennett's statement said. "She is truly grateful to the fans and the people who have supported and loved him."

His debut album, "Come Over When You're Sober (Part One)," dropped on September 1.