Call Me by Your Name, Will & Grace, A Fantastic Woman lead 2018 Golden Globe nominations 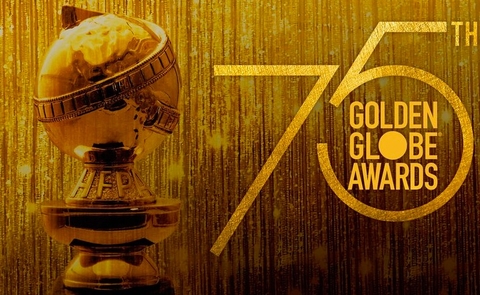 Kristen Bell, Alfre Woodard, Sharon Stone and Garrett Hedlund were on hand alongside the President of the Hollywood Foreign Press Association, Meher Tatna, to announce the 2018 Golden Globe nominations on Monday morning and several LGBT-inclusive nominees in film and television were among the honorees.

On the television side, NBC’s Will & Grace, Showtime's SMILF, and Netflix’s Master of None received nods in the Best Television Series - Comedy category. On the Best Television Series drama category, NBC’s This is Us, and Hulu’s The Handmaid's Tale both received nominations. Both series included LGBT+ storylines. In the Best Actor in TV Series Musical or Comedy category, Eric McCormack received a nod for his role as Will Truman in the revival of “Will & Grace.”

Related:
Will the Will & Grace reboot fly?
‘Will and Grace’ included in Smithsonian LGBT history collection 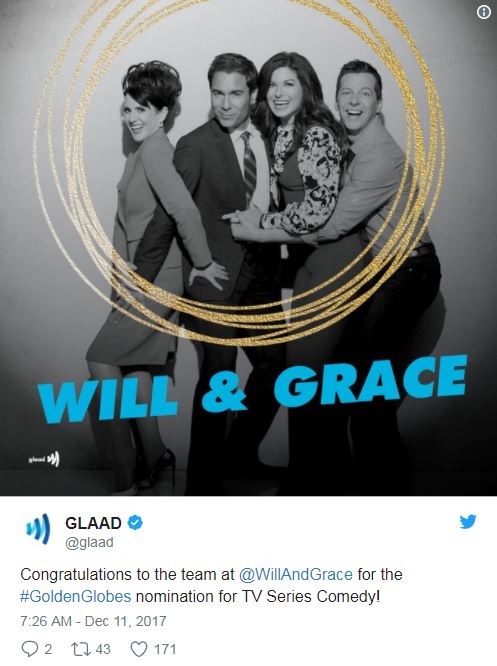 There were several LGBT-inclusive films nominated. In the Foreign Language film category A Fantastic Woman received one of the five spots. The film is Chile’s official submission for Oscar consideration and is notable for its transgender lead actress, Daniela Vega, who plays a trans opera singer in the film. In a surprise, France’s Oscar submission BPM: (Beats Per Minute) did not receive a nomination 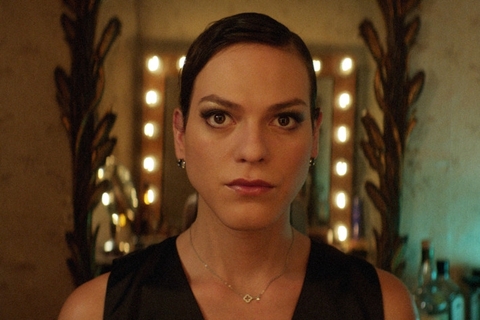 Call Me By Your Name and The Shape of Water were both nominated in the Best Motion Picture Drama category.

The Shape of Water leads the way for films with seven overall nominations. Richard Jenkins received a nomination in the Actor in a Supporting Role category, for playing a gay man, Giles. 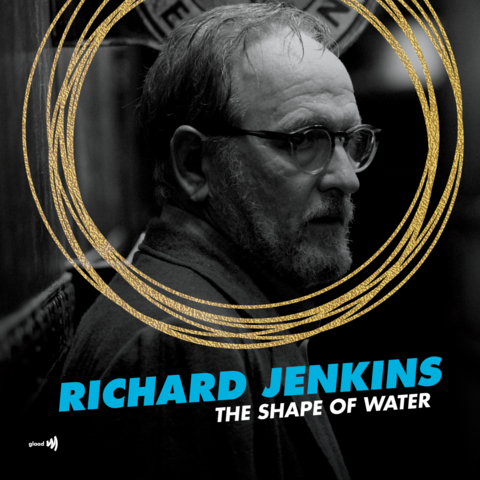 Richard Jenkins in "The Shape of Water”. GLAAD photo.

Timothée Chalamet was nominated for Best Actor in a Motion Picture Drama for playing Elio in “Call Me by Your Name.” Armie Hammer also received a Best Supporting Actor nomination for playing Oliver.

Related:
"Call Me By Your Name" – an LGBT+ must see

Call Me by Your Name and The Shape of Water will compete against The Post, Dunkirk, and Three Billboards Outside Ebbing, Missouri in the Best Motion Picture Drama category. 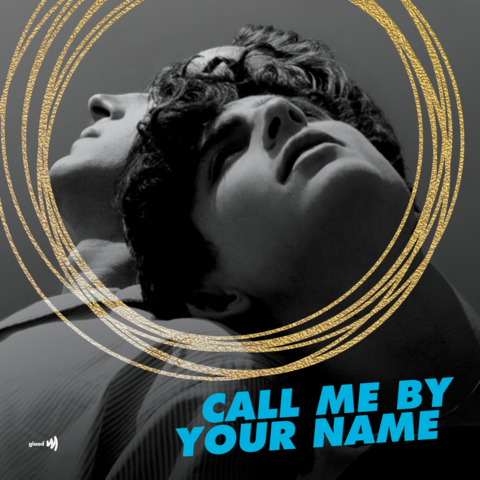 "Call Me By Your Name" competes for Best Motion Picture Drama. GLAAD photo.

In the Best Picture Musical or Comedy category, Lady Bird received a nomination; the film features a poignant LGBT-inclusive storyline and Greta Gerwig also received a nomination for Best Screenplay. It will compete against The Greatest Showman, Get Out, The Disaster Artist, and I, Tonya.

In the Best Actress Musical or Comedy category, Emma Stone received a nomination for her portrayal of tennis great Billie Jean King in Battle of the Sexes.

Over on the music side of things, GLAAD board member Justin Tranter received a songwriting nomination for writing the song Home from the animated movie Ferdinand, which is performed by Nick Jonas. Out songwriter and composer Benj Pasek was nominated alongside his writing partner Justin Paul for This Is Me from The Greatest Showman.

The 75th Annual Golden Globes take place on Sunday, January 7th at the Beverly Hilton Hotel in Beverly Hills, and will air on NBC and will be hosted by Seth Meyers.

A&E
2018 Golden Globe
2018 Golden Globe nominations
will and grace
SMILF
Master of None
This Is Us
The Handmaid's Tale
Feud: Bette and Joan
A Fantastic Woman
Call Me By Your Name
The Shape of Water
ferdinand