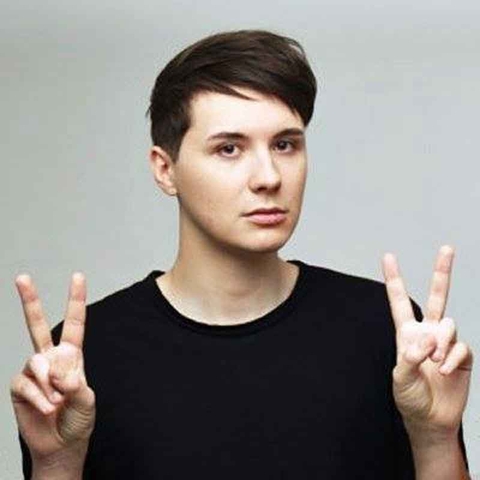 English YouTuber Dan Howell, known for his channel Daniel Howell is a YouTube celebrity with over 6.5 million subscribers. Today, Howell came out to his audience with a video titled Basically I’m Gay. By afternoon it had been seen nearly half a million times.

He also posted some of his story on Twitter, Facebook and Instagram, leading with “Let me tell you a queer little story about a boy named Dan.”

He noted that it took him more than an “entire year longer than I thought.”

“Writing on his Twitter, Dan explained why he decided to upload the video now during Pride Month,” commented WeTehUnicorms.com.

"/I always wanted to upload this next video in the month of june ..it ended up taking an entire year longer than i thought but here we are again and now it is time.’

Howell posted, "Content warning: this video contains far too much strong language and discussions of general sexuality, discriminatory language, bullying and an attempt on my own life. Otherwise totally appropriate for education, instilling good values in young children and my grandma who I will expect a disappointed text from.”

He said that the video is just a starting point for me, what I felt was the bare minimum. “In the future, in the right places, I will surely talk much more about everything touched on in this video and more. It’s also likely that something will get misunderstood or misrepresented, perhaps from the way I phrased things or people assuming my thoughts on things that I didn’t specify.

“Also my story is just the truth of what happened to me and what I thought at certain points of time in my environment, good and bad - of course not my opinions today. So JUST to be clear my opinion on general sexual and gender identities are that everyone is valid and deserves equal rights and the freedom to exist. The only thing I don’t tolerate is intolerance. Cheers to an inevitable bright future, either because people become nice and the old people die or the sun explodes first lmao."

We look forward to hearing more from Dan.