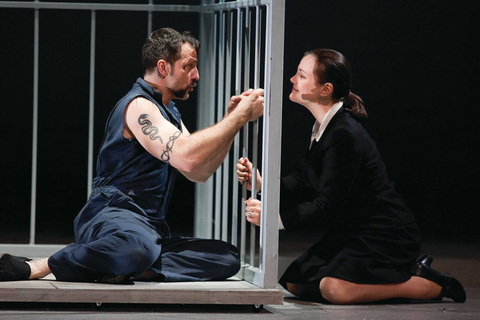 Dead Man Walking is one of the most produced contemporary operas in existence. Kansas City Lyric Opera’s Artistic Administrator Brad Trexell cites, “The immediacy of the characters,” as a reason to produce the opera. “We’re still not used to seeing operas that are happening in our own time.”

The opera is based on a book by the same name by Sister Helen Prejean. The book became a movie starring Susan Sarandon as Sr. Prejean and Sean Penn as a convicted murderer facing execution.

Trexell says, “A lot of people have seen the movie. People know from the beginning what’s going to happen.” But the opera is not a diatribe against the death penalty. Trexell has seen several productions of the work, and says, “I don’t leave feeling that it is a diatribe against the death penalty; it leaves the audience to think about it themselves.”

Sr. Prejean is asked by convicted murderer Joseph de Rocher to be his spiritual advisor. The opera is the story of the profound spiritual journey taken by her and de Rocher, who is about to face the ultimate sentence.

As in the book, the opera delves into the conflict between the act of murder, society’s demand for retribution and the Christian foundation of redemption and forgiveness. Dead Man Walking is an unforgettable experience and promises to leave the audience stunned and breathless.

The libretto conveys the spiritual journey by the Sr. Prejean and de Rocher, as well as developing relationships with his family and the family of the victims. The set is stark. Trexell says, “The set is a lot of chain link fencing, bars, a lot of gray prison colors. The setting has conveyed that claustrophobic sense of being penned in, even for the audience, even if the stage is huge, it still makes that message clear.” 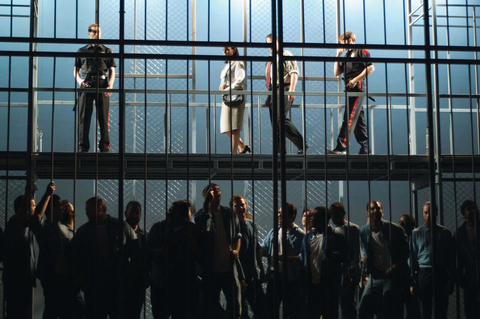 In addition to seeing Dead Man Walking on the opera stage, members of the community can take part in the panel discussions, or in the Kansas City Public Library’s book club, which will make Sr. Prejean’s book a club special selection for the month. A schedule of community events is available at www.kcopera.org. Although for the most part free, the size of venues is limited. Those interested can obtain tickets to the events.