Domestic violence: Get help and be a part of the change 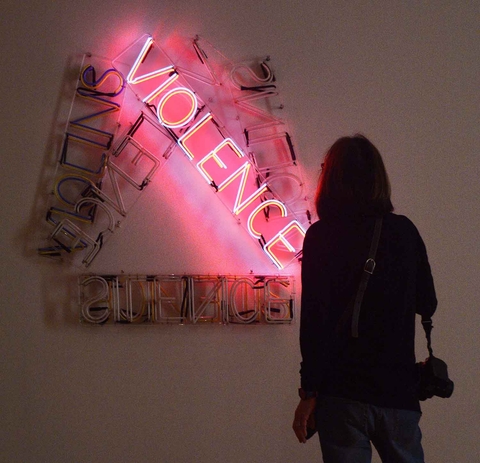 San Francisco 49ers linebacker Reuben Foster was arrested in late November on a domestic violence charge, just hours before he was to take the field against the Tampa Bay Buccaneers.

Foster's ex-girlfriend reported that the athlete "slapped her phone out of her hand, pushed her in the chest area, and slapped her with an open hand on the right side of her face," police said.

A high-profile domestic violence case, like this one, makes national headlines. CNN has reached out to Foster for comment; he has not commented publicly since the arrest.

But the vast majority of cases don't get publicized, leaving many survivors ill-equipped to handle the shockingly common problem.

Nearly 1 in 4 women and about 1 in 7 men will experience intimate partner violence severe enough to cause concern for safety, injury or worse, the US Centers for Disease Control and Prevention reports.

Left unchecked, the problem can escalate. Indeed, 1 in 6 murder victims are killed by an intimate partner, CDC states, citing US crime reports.

How to get immediate help

There are a range of resources for those in violent situations. A first step is calling the National Domestic Violence Hotline at 1-800-799-7233. The hotline's website offers tools for survivors, including guides for creating a personal safety plan to "cope with emotions, tell friends and family about the abuse, take legal action" and other steps.

For the most serious cases, those in distress can contact the National Suicide Prevention Lifeline and Crisis Text Line.

The many faces of abuse

Though men are more commonly the perpetrators of domestic violence, many victims are men. But men, who are often conditioned from childhood to not express emotions, can be reluctant to open up about it. The domestic violence hotline has a special page for male victims here.

The cycle of intimate partner violence can begin when men adhere to rigid gender roles that create unequal power dynamics in their personal relationships, research from the World Health Organization shows.

A Call to Men is one group seeking to unravel toxic masculinity that can drive domestic violence. The organization leads workshops around the United States to help men develop healthier views of masculinity, express their emotions more openly, and value the women and girls in their lives.

The group argues that certain cultural norms affect men subconsciously. For instance, a culture of inequality and eventual violence can begin even with seemingly anodyne moments, such as when a coach tells a boy, "You throw like a girl," or when a father tells his son to, "Man up."

Being a part of change

The group's signature "One Billion Rising" campaign designates February 14 as a day for people to join together around the world to speak out for the 1 in 3 women -- more than 1 billion people worldwide -- who "will be beaten or raped during her lifetime."

There are many charities working directly to aid domestic violence survivors. You can find out more about some of them and give financial support by clicking here: Take Action!