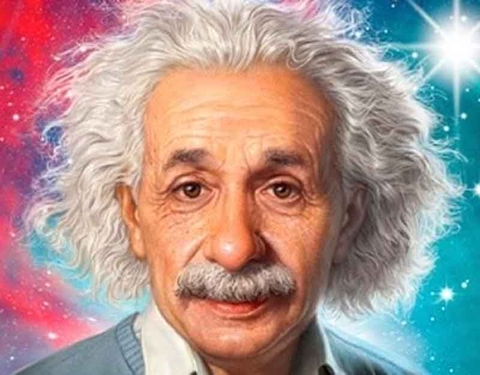 A letter penned by Albert Einstein in which he challenges the concept of religion has broken sale records at auction, fetching close to $2.9 million.

Einstein's "God letter," which he sent to religious philosopher Erik Gutkind, was expected to fetch between $1 million and $1.5 million at Christie's in New York.

The letter instead reached a grand total of $2,892,500 on Tuesday following a four-minute bidding battle between two clients on the phones, setting a world auction record for an Einstein letter. 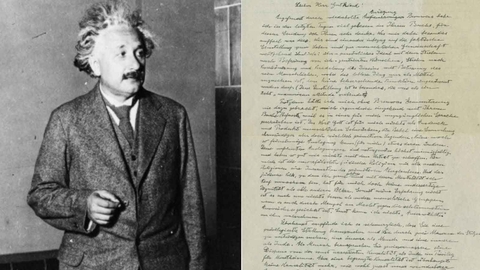 The letter was sold alongside other fine printed books and manuscripts, including Charles Darwin's On the Origin of Species by Means of Natural Selection, which achieved $162,500. In total, the auction drew a combined sum of $8,318,125.

"Collectors worldwide competed very strongly, in the room, over the phone and online, for this finely curated auction which comprised masterpieces and fresh-to-market property across a wide range of subjects," said Sven Becker, head of books and manuscripts at Christie's.

Einstein's 1954 letter -- which was written in German a year before his death -- is a reaction to Gutkind's 1952 book, Choose Life: the Biblical Call to Revolt.

While Einstein acknowledges that he and Gutkind had a lot in common "with regard to the factual attitude to life and to human community," he launches into a personal diatribe against religion.

"The word God is for me nothing more than the expression and product of human weakness, the Bible a collection of honorable, but still purely primitive, legends which are nevertheless pretty childish," Einstein writes.

"No interpretation, no matter how subtle, can change anything about this (for me)," he concludes.

Einstein, who was a German-born Jew, also acknowledges his love and shared identity with the Jewish people, but calls Judaism, "like all other religions... an incarnation of primitive superstition."

"The Jewish people to whom I gladly belong, and in whose mentality I feel profoundly anchored, still for me does not have any different kind of dignity from all other peoples," he writes.

Peter Klarnet, a senior specialist in books and manuscripts at Christie's, described the letter as "one of the definitive statements in the religion vs science debate," in a statement.

He also acknowledged that while Einstein's letters and manuscripts appear relatively frequently at auction, documents of such importance do not.

Einstein's "God letter" is not his only work to achieve significant interest at Christie's. The auction house displayed a typed 1939 letter from Einstein to former US President Franklin Roosevelt in 2002, regarding the dangers of nuclear bomb technology. The letter also sold for more than $2 million.