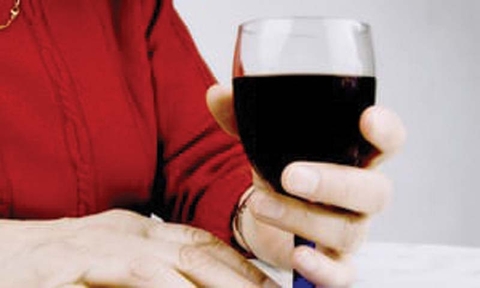 I was only three years old when I first heard anyone talk about my mother’s “illness.” I had been visiting my father, and when I returned home, I asked my grandma where my mom was.

She said, “Your mom is sick, so she is going to a ‘special hospital’ to get better.”

Even though I had no clue at the time, my mother’s illness was an addiction to pills, alcohol, and meth, and the “special hospital” was rehab.

Of course, all I knew is that my mom was sick, so after I expressed my worries to my grandmother, I sat down and began making “get well soon” cards.

I made at least one or two a week until I was about six.

No one ever expects a child who is just entering kindergarten to place so much blame on themselves, but in my situation, I blamed myself so much that I couldn’t even be upset with my mom.

I thought that having to be a parent had stressed her out so much that she started doing drugs. I wholeheartedly believed it was my fault.

When I was six, my mom, finally released from jail and rehab, came back into my life, and after comforting me, and explaining that it wasn’t my fault, made it her goal to educate me.

She explained how treatment works, and she even brought me to an outpatient group that she went to when they would have family nights.

She wanted me to know, above all else, that even when she was harming herself, she never quit loving me, she just couldn’t love herself.

When I was eleven, my grandma passed away. She raised me, so losing her was like losing a part of myself. The only person I believe was more torn up by the death of my grandma, was my mom.

But then, she had been hanging around her drug-using friends, mostly with the intention of “being supportive” and helping them to get out of their current situations.

However, facing the trauma of my grandma’s death sent her into a downward spiral.

For the next month and a half, I was being shipped from family member to family member, until I arrived with my dad, who was an alcoholic, and very abusive towards me.

I cried all the time, and I just wanted my mom there to love me.

Being without my mom and with my dad is when I realized that my childhood would have to end early.

If I no longer had anyone to protect me and comfort me, then I had to do this myself. I talked to my mom once or twice every few months for the next four years. She met a man that helped her access her drugs, in exchange for an unhealthy, violent and almost deadly relationship.

One night, I had read a news article, that traumatized me more than anything I’ve ever experienced.

A woman matching my mom’s description was beaten and left unconscious in a ditch. The suspect was the man my mother had been in a relationship with who was so abusive to her.

Within a few days, my grandpa had called, confirming that the woman was her and that she had been hospitalized so she could detox. I finally felt like my mom was safe.

Eventually, after a few years, my mom did get better and came back into my life, once again. My mom and I are very close, and always have been, even when we couldn’t talk.
It is often assumed that my mom is a terrible parent, but she is not.

My mom has an illness. She is recovering and she is showing me what it truly means to be strong and overcome difficulties.

My mom is my hero, despite her mistakes, and because of this, I will defend the importance of treating addiction as the illness that it is.

No child deserves to be without a parent, and if we embrace and support recovery, children won’t be without their parents because of addiction.