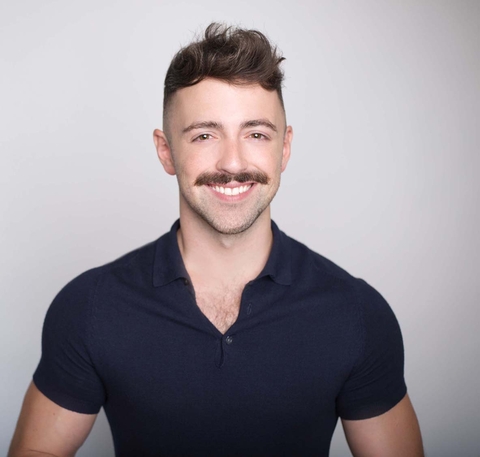 Guthrie Green is excited to announce Michelle Wolf and Nicole Byer as the headlining comedians at the 2019 Blue Whale Comedy Festival in Tulsa, Oklahoma. The lineup will also include gay comedian Mateo Lane.

Lane, who once out proclaimed, “I'm proud to be gay," was an opera singer and oil painter before pursuing stand-up comedy.

Other acclaimed comedians performing at the event are DJ Pryor, Jackie Tohn, and Rae Sanni.

“Blue Whale Comedy Festival is unique to Oklahoma,” states Eric Himan, Guthrie Green’s program manager. “Nowhere else in our state can you see not only local comics, but many national comedians who have performed on HBO, Netflix, Comedy Central, Saturday Night Live, and various late-night talk shows in one place. It’s an honor to be able to bring so many laughs and joy to the Tulsa Arts District.”

Established In 2014, Blue Whale Comedy Festival has showcased many national and local comedians and created a national presence in the comedy scene for the Tulsa community.

“Blue Whale is one of our biggest events of the year, and it keeps getting better each year,” says Heather Wimberly, Guthrie Green’s Vice President of Operations. “We’ve seen so many comedians perform in Tulsa at Blue Whale who quickly rise to super-stardom. It’s an amazing opportunity to host so much incredible talent in our city.”

The three-day event will be held in the Tulsa Arts District. National comedians will perform at Cain’s Ballroom, local comedians will be showcased at Soundpony Bar, and the After Party events will be at Inner Circle Vodka Bar. Tickets are available to purchase at bluewhalecomedyfestival.com.

Michelle Wolf recently served as the executive producer, writer, and host of the critically acclaimed variety sketch series The Break with Michelle Wolf on Netflix. In 2018, she made international headlines as the much buzzed-about headliner of the 2018 White House Correspondents Dinner.

Wolf’s other television credits include being an on-air contributor and writer for The Daily Show with Trevor Noah and a writing supervisor and performer on Late Night with Seth Meyers. In 2017 Wolf debuted her first hour-long stand-up special, Michelle Wolf: Nice Lady, on HBO for which she received rave reviews and a Primetime Emmy nomination for Outstanding Writing For A Variety Special.

Comedian Nicole Byer is a comedian, television host, actor and writer. She is best known as the host of the comedic Netflix reality bake-off show Nailed It!. She recently starred in a scripted comedy based on her life, Loosely Exactly Nicole, on MTV and Facebook Watch. She first became known for her work on the prank show Ladylike, and the commentary show Girl Code.