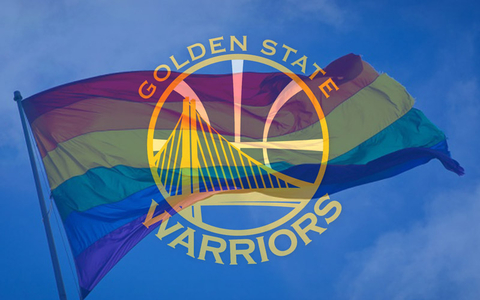 The Golden State Warriors are known for being LGBT+ friendly.

The NBA Champion Golden State Warriors will host an LGBT+ Pride Night during the team’s game against the Toronto Raptors on Oct. 25.

It’s believed to be the first time a defending NBA Champion team has hosted an LGBT+ Pride Night.

Warriors President and Chief Operating Officer Rick Welts, who came out publicly several years ago when he was with the Phoenix Suns.

“LGBT Night is a wonderful opportunity to champion everything we’re about as an organization: diversity, equality and inclusion,” Welts said. “We’re looking forward to celebrating as a community at Oracle Arena at the game against the Raptors next month.”

It is rare for an NBA team to host an LGBT+ Pride Night, as they simply have fewer tickets to sell than their counterparts in Major League Baseball or the National Football League. That the Warriors are hosting such a night in the midst of their team success is a true testament to the team’s commitment to the LGBT+ community, which has been a staple of the Bay Area for generations.