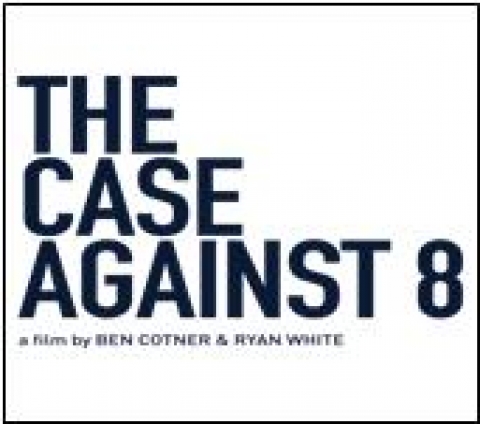 HBO's "The Case Against 8" premiered Saturday at the Sundance Film Festival.

Park City, Utah (AP) — Though they are not considered legally married in Utah, several gay and lesbian couples were feted with a wedding celebration as part of HBO's promotion of its upcoming documentary on gay marriage, "The Case Against 8."

The film, which premiered at the Sundance Film Festival on Saturday, chronicles two gay couples battling against Proposition 8, the California law approved by voters that banned gay marriage. It was eventually declared unconstitutional.

After the documentary's debut, a reception was held featuring the two couples at the center of the legal fight, along with the film's directors, Ben Cotner and Ryan White. The reception also featured gay couples at the center of a gay marriage battle in Utah. There was champagne and a wedding cake celebrating their unions, although the legality of them is in dispute.

"The timing is great to have the film released now, in the wake of the ruling here," said Matthew Barraza, who attended with husband Tony Milner and their young son Jesse.

Last month, more than 1,000 same-sex couples wed in Utah after a federal judge declared the state's ban on gay marriage unconstitutional. The state is appealing, and the Supreme Court put a halt on same-sex weddings until the case is resolved. In the meantime, Utah is not recognizing those marriages, although the federal government does.

Milner has yet to see "The Case Against 8" but said he appreciated the struggles of the couples featured in it.

"We've learned that it's a battle, but it takes time. There are setbacks, but we think the inevitable result is that we're going to have marriage equality for all Americans," he said.

Acclaimed director Rob Reiner was also at the reception. Reiner was active in the battle to overturn Prop. 8 in California and is featured in the movie. He said he was blown away by "The Case Against 8."

"I knew we had a good movie, but I was just stunned at how impressive it was and the reaction to it. It was amazing," he said. "It really tells the journey that we went through to overturn Prop. 8."

The film will air on HBO in June.