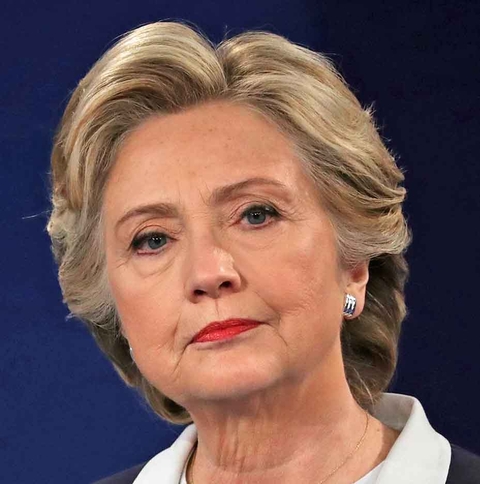 "We've seen a surge in hate crime across America -- shootings and arson at synagogues, mosques and churches, Americans targeted because of their race, religion or sexual orientation," Clinton, the 2016 Democratic presidential nominee and a frequent Trump critic, said while delivering the commencement address at Hunter College in New York.

"And instead of standing up against bigotry and white supremacy," she said, "this administration has too often worked to tear down hard-won civil rights."

Clinton said the administration has "banned Muslims from entering the country, ripped away protections for transgender Americans, waged war on voting rights for people of color, poor people and young people."

Slamming the White House's hardline immigration policies, Clinton pointed to the US southern border, where she said "our government is tearing children from the arms of their parents" and "locking them in cages."

The former secretary of state said that over the past two years the US has seen "people wearing Nazi symbols once again marching in American cities carrying torches and chanting hate," and she recalled the 2017 white nationalist rally in Charlottesville, Virginia, where a woman was killed.

"There may not be tanks in our streets, but make no mistake, we are witnessing an assault on the rule of law and the foundations of our democracy," Clinton said.

She also responded to special counsel Robert Mueller's rare public statement earlier Wednesday, where he addressed his team's findings in the Russia probe, saying that charging the President was not an option his office could consider in its investigation but that "If we had had confidence that the President clearly did not commit a crime, we would have said so."

Mueller said in his statement that "there were multiple, systematic efforts to interfere in our election. And that allegation deserves the attention of every American."

Clinton quoted Mueller's words in her address and added, "But what we've seen from the administration is the complete refusal to condemn a foreign power who attacked our democracy, or to take even the most basic steps to protect our voting systems for the future."

"It seems absolutely clear," she said, "that we've got to deal with what has been investigated and reported."