Illinois Senate plan would include LGBT history in schools 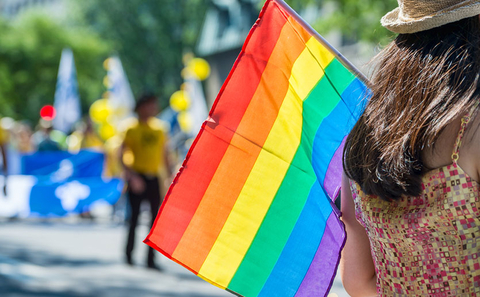 SPRINGFIELD, Ill. (AP) — Illinois senators advanced a plan requiring public schools to teach a unit on the role and societal contributions of gays, lesbians and other LGBT individuals.

The Senate Education committee endorsed the measure 8-2 Tuesday. If enacted, Illinois would become just the second state to approve an LGBT inclusive curriculum.

"People learn about Jane Addams, for example, but don't know she's a lesbian," said Brian Johnson, CEO of the LGBT organization Equality Illinois. "We don't think there is true justice for the LGBT community unless we can learn about our history."

The proposal requires all elementary and high schools to teach a unit studying "the role and contributions of lesbian, gay, bisexual, and transgender people in the history of this country and this State."

"People need to see their history to understand that they are a part of our society," said Sen. Heather Steans, the measure's sponsor.

The measure would also have schools use more inclusive and "non-discriminatory" textbooks going forward.

Johnson said the measure is consistent with current law, which requires students learn the contributions of other under-represented groups, including African-Americans, Hispanics and Asian-Americans.

School boards would determine how much instructional time is spent on the subject. But the curriculum must reinforce that all people, no matter their sexual orientation, "have a right to be treated with civil, legal and human rights."

Conservative groups have taken issue with the measure, calling it unnecessary and ideologically driven.

"The left's motive is what it always is: it is to normalize homosexuality," said Laurie Higgins with the Illinois Family Institute, a Christian organization.

Higgins said upper level high school students can learn about LGBT issues, but only if schools also present dissenting voices and why some groups oppose what she called "the homosexual movement."

Johnson noted that LGBT kids are aware of those who hold negative views about their sexuality.

He said the legislation is meant to counteract the negativity LGBT students face on a daily basis and give them the chance to learn about their history and find role models. But he added that learning about diversity is an important part of education for all students.

"We think all students are better off when we teach them the full breadth of history," he said. "It makes them more likely to understand that a diverse cast has contributed to our society."