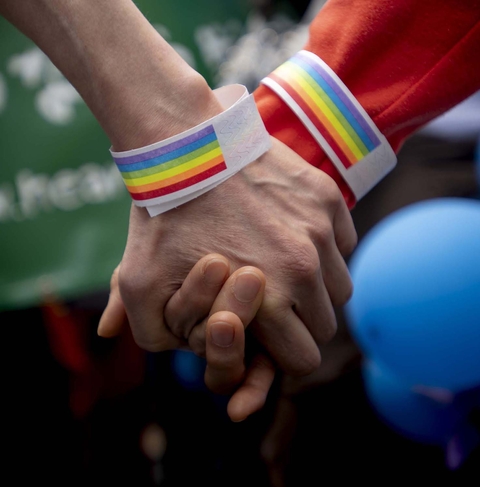 A Southeast Asian woman has become the first transgender person to receive a long-term residential permit in Japan, according to her lawyer.

The 58-year-old woman, who has not disclosed her name and nationality, had been living in Japan illegally for 26 years -- and living with a partner since 2002.

However same-sex marriage is not legal in Japan, and transgender people are rarely recognized as such.

The woman turned herself in to the country's immigration bureau in March 2017, having previously tried to legalize her status by having a same-sex partnership agreement notarized.

And on August 14 she was finally granted the long-term residence permit, which her lawyer Miho Kumazawa credited to the bureau's sympathy towards her situation.

The permit is usually only awarded to foreigners who have overstayed their visa and marry a Japanese citizen.

"Had she been single, she would have not been awarded this visa. But the government considered the reality of her relation to her partner, rather than its legality on paper," Kumazawa said.

She described the decision as "a very big step forward" and hoped it would lead to stronger legal protections for same-sex couples.

In February, 13 couples filed a lawsuit against the government asking for the legalization of same-sex marriage, arguing that denial would violate their constitutional right to equality.

Japan's transgender population faces widespread discrimination, according to a recent report by Human Rights Watch. The Gender Identity Disorder Special Cases Act, which was enacted 15 years ago, requires them to undergo invasive surgeries -- including sterilization -- to be legally recognized according to their gender identity.

In order to have their identity documents amended, they also have to be diagnosed with "gender identity disorder," which was removed from the American Psychiatric Association's list of diagnostics in 2012. And they have to be over the age of 20, unmarried and not have children under the age of 20.

In January this year, Japan's Supreme Court upheld this law after it was challenged by a transgender man.

But opinions among regular citizens are more progressive. In an international survey published by The Williams Institute at UCLA's law school and Ipsos in 2016, more than half of Japanese respondents said transgender people should be legally recognized.