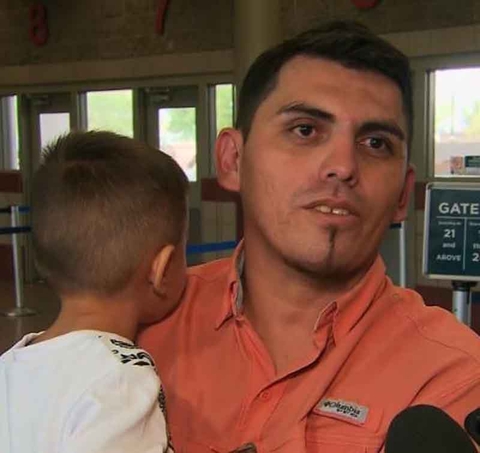 Many separated immigrant children have been reunited with their parents, but hundreds have not. CNN video.

The Trump administration says immigrant advocacy groups should be responsible for tracking down more than 500 parents who were separated from their children and deported without them.

In a court document filed Thursday as part of the ongoing lawsuit over separated families, the Justice Department suggested the American Civil Liberties Union should use its "network of law firms, NGOs, volunteers and others" to find the parents with information provided by the Department of Health and Human Services.

The administration is proposing that every Monday, the ACLU would share any new information about the parents it locates, including whether they wish to be reunited with their children.

The ACLU says it is eager to help locate the parents but argued that the government "must bear the ultimate burden of finding the parents," the document states.

"Not only was it the government's unconstitutional separation practice that led to this crisis, but the United States Government has far more resources than any group of NGOs," ACLU attorneys wrote.

The two sides also continue to disagree about what information is appropriate and necessary for the government to provide. The government continues to resist giving the ACLU the entire case files of separated parents for the groups to use to track down parents. Instead, they propose delivering a list of information that the ACLU has said was a non-exhaustive list.

In a supplemental court filing, the administration said 410 children who remain in custody have parents who are no longer in the United States.

At a Tuesday hearing, Commander Jonathan White of the US Public Health Service Commissioned Corps, who's been heading up family reunification efforts, had said the parents of more than 500 kids from separated families may have been deported. White said 429 of those kids are in custody and 81 kids have been released to other sponsors.