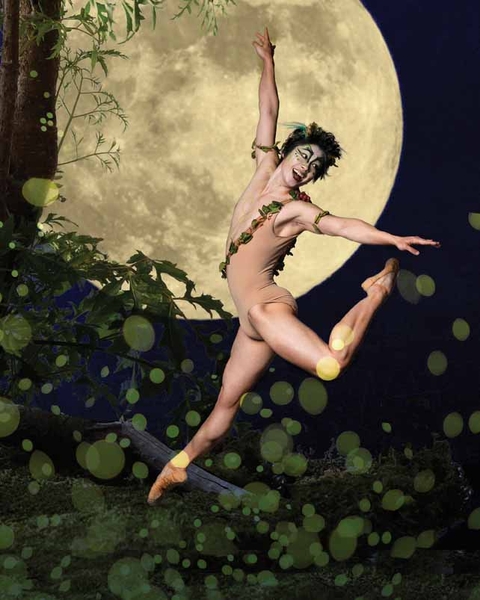 Based on William Shakespeare’s comedy about the romantic misadventures of two mortal couples and the king and queen of the fairies, this light and comical ballet has charmed audiences since its premiere in 1962.

Bruce Wells, a former soloist with New York City Ballet, is an internationally known choreographer who has created more than 40 ballets for companies worldwide. Wells has skillfully weaved the three narrative strands of this joyous comedy: the four young lovers who flee the court of Athens for the forest; the world of the fairies, presided over by Oberon, king of the fairies, and his queen Titania, and their mischievous servant Puck; and the six craftsmen who set out to perform a hilarious amateur theatrical production of the love story Pyramus and Thisbe.

The ballet opens October 7, and continues Fridays and Saturday at 7:30 p.m., Sundays at 2 p.m., through October 16, at Kansas City’s Kauffman Center for the Performing arts. Tickets are $35.50 to $125, and are on sale now or save 20 percent instantly when you subscribe online; purchase tickets at www.kcballet.org, or call the Kansas City Ballet Box Office at (816) 931-8993.

Theatergoers can learn more about the show when you join KC Ballet an hour before the performance for The Belger Footnotes Series.