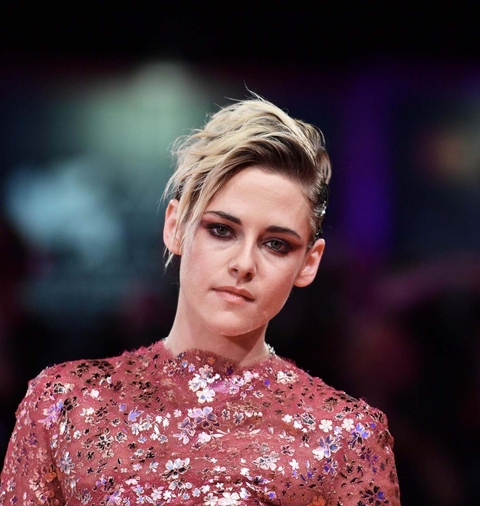 Kristen Stewart is opening up about her relationships.

After the "Twilight" franchise that made her internationally famous, her relationship with co-star and then-boyfriend Robert Pattinson received intense public attention.

In their efforts to maintain some privacy, the two declined to discuss their relationship with the press, which resulted in some uncomfortable interviews.

"When me and Rob were together, we did not have an example to go by," the actress tells British Harper's Bazaar. "So much was taken from us that, in trying to control one aspect, we were just like, 'No, we will never talk about it. Never. Because it's ours.'"

As for the name calling, "I try to avoid the word 'awkward'," Stewart says. "I want to reclaim that word, because it's been used too violently against me."

Now, she says, she just wants to enjoy life, even if that comes with some of fame's not so great moments, like people asking what her sexual orientation is.

"I think I just wanted to enjoy my life. And that took precedence over protecting my life, because in protecting it, I was ruining it ... Like what, you can't go outside with who you're with? You can't talk about it in an interview? I was informed by an old school mentality, which is -- you want to preserve your career and your success and your productivity, and there are people in the world who don't like you, and they don't like that you date girls, and they don't like that you don't identify as a quote unquote 'lesbian,' but you also don't identify as a quote unquote 'heterosexual.' And people like to know stuff, so what the f*** are you?'

Stewart doesn't have to answer that question, she adds, and says she hates labels.

"I just think we're all kind of getting to a place where -- I don't know, evolution's a weird thing -- we're all becoming incredibly ambiguous," she tells the publication. "And it's this really gorgeous thing."

But being honest comes at a price in Hollywood, she says.

"I have fully been told, 'If you just like do yourself a favor, and don't go out holding your girlfriend's hand in public, you might get a Marvel movie,'" she says. "I don't want to work with people like that."

And she's happy with her choices.

"Every day I get older, life gets easier," she says.