The Latest: O'Reilly book offers tips on how to treat women 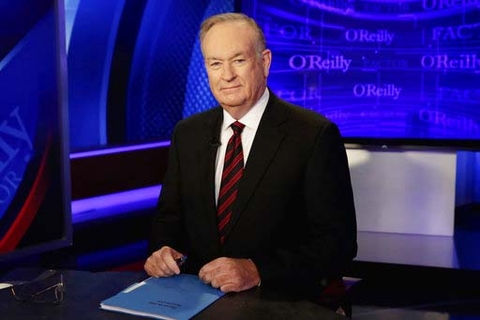 Bill O'Reilly's latest book has a few words on how men should treat women.

"Old School," published last week and in the top 10 on Amazon.com's best-seller list, includes a section titled "No means no" and urged those on dates to abide "the Old School tenets of respect and responsibility."

The book came out around the time of a New York Times report that five women were paid $13 million to settle allegations O'Reilly mistreated them. The Fox News host, whose show has been abandoned by dozens of advertisers, hasn't admitted any wrongdoing. His defenders include President Donald Trump.

The former anchor whose sexual harassment lawsuit led to the firing of Fox News chief Roger Ailes says harassment is pervasive and women have to all agree that "we're not going to take it anymore."

Gretchen Carlson said Thursday that thousands of women have shared their stories with her since her lawsuit became public last summer.

Carlson and the attorney who represented her, Nancy Erika Smith, spoke at the Women in the World conference in New York City.

The Democratic congresswoman from California told MSNBC's Chris Hayes during a Wednesday appearance that it's "all catching up with O'Reilly" and described the situation at Fox News as a "sexual harassment enterprise." The New York Times has reported that five women were paid $13 million to settle allegations O'Reilly mistreated them. O'Reilly hasn't admitted any wrongdoing.

Waters also criticized President Donald Trump for defending the Fox News star, saying his words of support are "coming out of the mouth of someone who has said some terrible things about women." She calls O'Reilly and Trump "two of a kind."

Fox News didn't immediately respond to a request for comment.