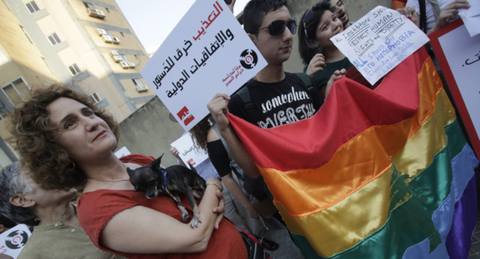 BEIRUT (AP) — The organizer of Lebanon's beleaguered gay pride week has been briefly detained days into the celebrations and the rest of the festival's events canceled.

Damien was released after signing a pledge to call off the rest of the week's events, which included a street party and poetry readings.

Lebanon became the first Arab country to celebrate gay pride last year. Some events were also canceled last year but no one was arrested.

Homosexuality is still punishable by law in Lebanon.