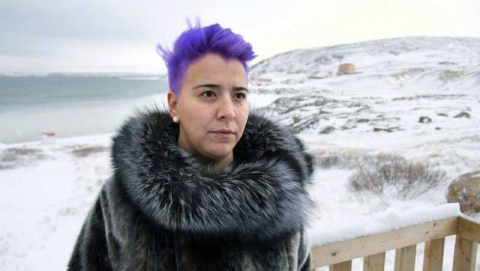 A new documentary will be premiering at Toronto’s Inside Out LGBT Film Festival that showcases what it’s like to be gay in different cultures.

Nuka Fennell, a 24-year-old gay Inuk, gambled on a new life when he left his home in Iqaluit at 16 and moved south.According to Star News, he had struggled to find acceptance in Canada’s Far North, where many have been taught that homosexuality is incompatible with traditional Inuit culture.

“I chose to be homeless in Ottawa as opposed to going back home because I just felt like it was the only way I would be able to survive,” Fennell said.

“People treated me like my identity was a condition,” he adds, explaining he was the victim of discrimination and violence in high school before moving away.

Fennell is one of the two subjects of Two Soft Things, Two Hard Things; according to The Star the film focuses on Iqaluit’s attempt to re-establish Pride celebrations in 2014 after a hiatus of several years. It also examines how some residents are actively “unshaming” themselves and learning to bridge the gap between their sexual and cultural identities.