Louisiana 'Heartbeat bill' makes its way through the legislature 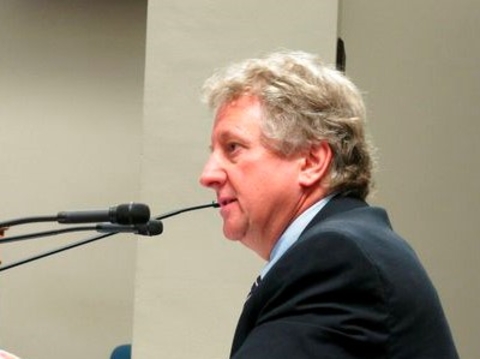 A Louisiana bill that will restrict abortion throughout the state could soon be signed into law.

This after governors in Alabama and Georgia signed similar bills.

"I am very encouraged to see the people of our state so unified and determined on this issue to make a statement and provide a protective stance on behalf of our unborn," said Democratic senator John Milkovich, who is the primary sponsor of Senate Bill 184.

Abortion has been a controversial topic on the table for decades. A bill on the subject now heads to the Louisiana house floor for a vote.

"[It] makes it illegal to kill an unborn baby in the womb if a fetal heartbeat can be detected by the use of medical instrumentation," Milkovich said.

But pro-choice advocate Debbie Hollis says the heartbeat bill is flawed, even in its name.

"It's called fetal pole cardiac activity and basically what it is is a 4.3 millimeter extension of a yolk sac that is the embryo," Hollis said. "So there is no heart, so there can't be a heartbeat."

Hollis is a member of the Shreveport-Bossier National Organization of Women. The group advocates for rights of women, people who live in poverty, and the LGBT community.

"We have to get personally involved," said Hollis. "So many of us are trained to escort patients at the local abortion clinic, which is only one of 3 abortion clinics left in the state of Louisiana."

Milkovich introduced Senate Bill 184 in April. Now, it's one step closer to getting the governor's signature.

Hollis says nothing will happen if this bill goes into law. She says it will just affect Louisiana taxpayers' pockets.

"The taxpayers in this state will fund the defense of another unconstitutional anti-abortion law and we've already spent well over a million dollars defending unconstitutional abortion laws and lost every time," said Hollis. "We have one right now that's about to be heard at the supreme court and guess who's on the line for paying that bill."

Milkovich says he hopes Louisiana can get on board with other states restricting abortion. And as for Hollis, she says it will be a sigh of relief if it doesn't pass.

"The people from Louisiana and other states across America are stepping up to the plate to meet this challenge, confront the abortion cartel, confront and take on the culture of death and fight for these children," said Milkovich.

"[We'll] go about our daily lives like we have been since 1973 when Roe vs. Wade became legal and women stopped dying from illegal abortions," said Hollis.

Hollis says she is running for State Senate for District 37 in Louisiana.

Governor John Bel Edwards has said that he will sign the bill if it makes it past the house.