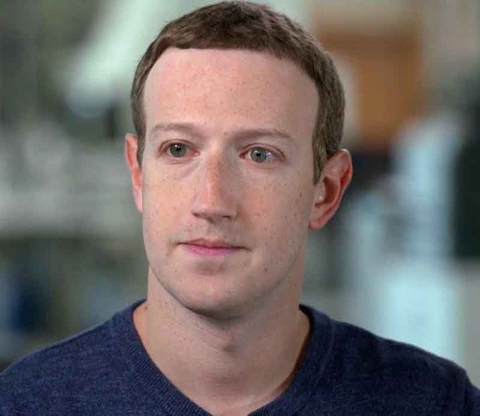 The revelations by The New York Times this week that Facebook has been sharing users' data with other companies without consent haven't just put the world's biggest social network in hot water with its users. The news has also outraged lawmakers -- and rightly so.

The latest disclosures suggest that CEO Mark Zuckerberg may have lied to Congress when he testified about the company's privacy protections in April. In response, Facebook published a blog post saying that "none of these partnerships or features gave companies access to information without people's permission" because people would have needed to log into Facebook through other apps -- such as Spotify, for example -- for third parties to access their information.

After reports in March that Cambridge Analytica, a political consulting firm hired by Donald Trump's campaign during the 2016 election, improperly accessed Facebook user data, the Senate Judiciary and Commerce committees summoned Zuckerberg to the Hill. In March, Cambridge Analytica claimed it didn't misuse data in its work for Trump. The company shut down in May.

In his testimony, Zuckerberg told lawmakers that "we don't sell data to anyone." He also said, "This is the most important principle for Facebook: Every piece of content that you share on Facebook, you own and you have complete control over who sees it, and how you share it, and you can remove it at any time."

But now, it appears that these weren't accurate statements. According to the Times, Facebook allowed more than 150 companies to view private user data, including their private messages. Companies granted access include not only giants such as Microsoft, Amazon and Spotify but also the Chinese company Huawei and Russian company Yandex, potentially raising national security concerns on top of privacy ones.

While people probably don't share classified information or commercial secrets on Facebook, just knowing things such as the activities of certain individuals could help foreign governments identify and recruit spies. By way of example, according to The New York Times, the Chinese government is a prime suspect in the recent hacking of the personal information on Marriott hotel guests. The Times explained that the personal information of Americans "is exactly what the Chinese use to root out spies, recruit intelligence agents and build a rich repository of Americans' personal data for future targeting."

While Huawei has not immediately commented, in response, a Yandex representative told the Times that the company didn't know that Facebook gave it expanded permissions and didn't use the capability.

After Zuckerberg's April testimony, Facebook's stock closed the day up 4.5 %. But, over the long term, misleading senators could turn out to be one of the dumbest and most damaging things the social network with an impressive history of blunders has ever done. Here's why.

First, until now, the company has largely managed to avoid domestic regulation such as the privacy protections implemented by European lawmakers, in part with aggressive lobbying efforts. But now, members of Congress are likely to consider or pursue new laws to protect the privacy of social media users -- because it is apparent to many on both sides of the aisle that Facebook can't be trusted either to protect privacy or to tell the truth.

Already, according to The Washington Post, Republican Sens. John Thune and Roger Wicker have said the Times report shows the need for a national privacy law.

Democratic senators are saying the same thing. Privacy hawk Ron Wyden, an Oregon Democrat, is calling for Zuckerberg to be held accountable. "It's beyond obvious at this point that social media platforms are simply not up to the task of voluntarily ensuring the privacy and security of their users," Sen. Mark Warner, D-Virginia, said to Politico. "Congress must step in."

Sen. Brian Schatz, D-Hawaii, echoed Warner on Twitter: "It has never been more clear. We need a federal privacy law," he wrote. "They are never going to volunteer to do the right thing."

Second, Zuckerberg has put himself in a vulnerable position. It can be a federal crime to lie to Congress. Americans were reminded of this fact just last week when Trump's former attorney, Michael Cohen, was sentenced for crimes, including lying to Congress.

In the past, Zuckerberg and Facebook have often gotten away with irresponsible behavior that wouldn't be tolerated by other corporate boards because Americans on some level have accepted and even been entertained by the story of the boy who started one of the world's most valuable companies in his dorm room. But now, Zuckerberg could face some very adult consequences for his actions. On Wednesday, Rep. Bobby Rush, D-Illinois, called for him to be fired.

While it seems unlikely that Zuckerberg's own board would remove him now, on Wednesday, Facebook stock fell by 7% on the heels of the Times report. With members of Congress calling in the press for Zuckerberg to be held accountable, if this free fall continues, some board members and shareholders may decide the company needs new leadership.

Finally, Facebook may start hemorrhaging users. The past year of damaging disclosures about the platform have made clear that the company is badly run. But the latest revelations also suggest something more sinister: that the social network could be intentionally deceiving people. That certainly runs counter to the mission Zuckerberg has publicly articulated of fighting for "forces of freedom (and) openness." And it could cause people to flee.

In 2018, Facebook was exposed in a host of misdeeds, including not initially disclosing the Cambridge Analytica scandal and hiring an opposition research team to investigate critics of the company. But this latest report suggests not just that the company was even more irresponsible with user data than we previously knew, but also that its CEO apparently hasn't been completely honest with members of Congress -- and, by extension, the American people. This disclosure may turn out to be the most damaging of all.