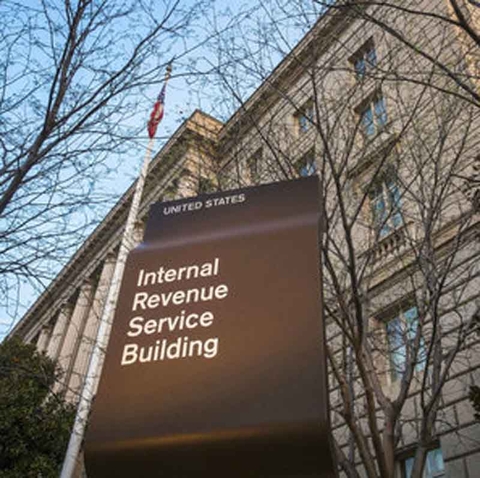 Washington (AP) — President Donald Trump is proposing tax cuts for individuals and businesses even as Washington struggles with mounting debt and the populist president tries to make good on promises to bring jobs and prosperity to the middle class.

Trump is scheduled Wednesday to unveil the broad outlines of a tax overhaul that would provide massive tax cuts to businesses big and small. The top tax rate for individuals would be cut by a few percentage points, from 39.6 percent to the "mid-30s," said an official with knowledge of the plan.

The official, who spoke on condition of anonymity, was not authorized to speak publicly about the plan before Trump's announcement,

White House officials already said the top corporate tax rate would be reduced from 35 percent to 15 percent. The plan will also include child-care benefits, a cause promoted by Trump's daughter Ivanka.

Trump dispatched his top lieutenants to Capitol Hill Tuesday evening to discuss his plan with Republican leaders. The meeting lasted only half an hour.

"They went into some suggestions that are mere suggestions and we'll go from there," said Hatch, who chairs the powerful Senate Finance Committee.

The president's presentation Wednesday will be "pretty broad in the principles," said Marc Short, Trump's director of legislative affairs.

In the coming weeks, Trump will solicit more ideas on how to improve it, Short said. The specifics should start to come this summer.

Short said the administration didn't want to set a firm timeline, after demanding a quick House vote on a health care bill and watching it fail.

Republicans who slammed the growing national debt under Democrat Barack Obama said Tuesday they are open to Trump's tax plan, even though it could add trillions of dollars to the deficit over the next decade.

Echoing the White House, Republicans on Capitol Hill argued that tax cuts would spur economic growth, reducing or even eliminating any drop in tax revenue.

"I'm not convinced that cutting taxes is necessarily going to blow a hole in the deficit," Hatch said.

"I actually believe it could stimulate the economy and get the economy moving," Hatch added. "Now, whether 15 percent is the right figure or not, that's a matter to be determined."

The argument that tax cuts pay for themselves has been debunked by economists from across the political spectrum. On Tuesday, the official scorekeeper for Congress dealt the argument — and Trump's plan — another blow.

The nonpartisan Joint Committee on Taxation said Tuesday that a big cut in corporate taxes — even if it is temporary — would add to long-term budget deficits. This is a problem for Republicans because it means they would need Democratic support in the Senate to pass a tax overhaul that significantly cuts corporate taxes.

Republicans have been working under a budget maneuver that would allow them to pass a tax bill without Democratic support in the Senate — but only if it didn't add to long-term deficits.

"Regretfully we don't expect to have any Democratic involvement in" a tax overhaul, McConnell said. "So we'll have to reach an agreement among ourselves."

Democrats said they smell hypocrisy over the growing national debt, which stands at nearly $20 trillion. For decades, Republican lawmakers railed against saddling future generations with trillions in debt.

But with Republicans controlling Congress and the White House, there is no appetite at either end of Pennsylvania Avenue to tackle the long-term drivers of debt — Social Security and Medicare. Instead, Republicans are pushing for tax cuts and increased defense spending.

"I'm particularly struck by how some of this seems to be turning on its head Republican economic theory," said Sen. Ron Wyden of Oregon, the top Democrat on the Senate Finance Committee.

Sen. Bob Casey, D-Pa., said, "On a lot of fronts, both the administration and Republicans have been contradictory, to say the least."

"There's no question we should try to reduce (the corporate tax rate), but I don't see how you pay for getting it down that low," Casey said. "Fifteen percent, that's a huge hole if you can't make the math work."