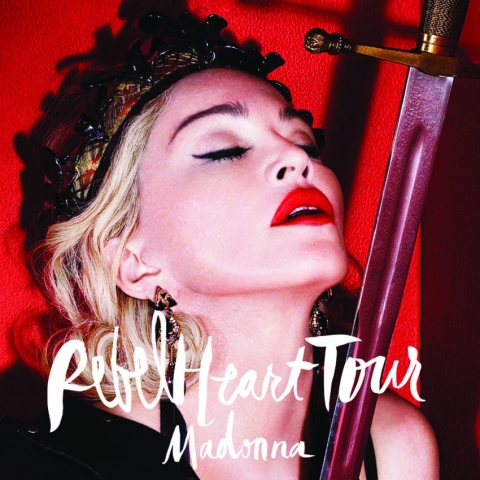 The anticipated date is here. One of the dates added to Madonna’s 64-city world Rebel Heart Tour include Jan. 14 in Tulsa, OK at the BOK Center, 200 South Denver Ave W in Tulsa, OK.

Some of the first ever concerts by the Material Girl in Taipei, Hong Kong; Macau; Bangkok; Louisville, KY; San Antonio and Tulsa, OK as well as her first concerts in Tokyo in a decade. Additional dates we added in Mexico City and Houston, TX.

The Rebel Heart Tour launched to two SOLD OUT nights and rave reviews in Montreal, Quebec last September and continued throughout North America and UK/Europe through 2015 and into 2016. The Montreal Gazette proclaimed “in a spare-no-expense theatrical spectacle that artfully flowed from showstopper to showstopper, Madonna proved once again that she doesn’t just crave the spotlight — she owns it;” and Associated Press raved "Pole dancers dressed like nuns, Mike Tyson and nonstop theatrics.  Welcome to the church of Madonna.”

“An infectious night that brought the Canadian crowd to a series of spontaneous, and escalating, standing ovations.”  The New York Daily News.

The “Rebel Heart” Tour follows the spring release of Madonna’s Rebel Heart album on Interscope Records. Rave reviews of the album include: ROLLING STONE: “Rebel Heart is a long, passionate, self-referential meditation on losing love and finding purpose in chilling times.” LA TIMES: “Rebel Heart like its creator pushes through the pain and more often than not lands solidly and with great grace on its feet.” NOISY: “Madonna continues to keep us on our toes, like no other performer in the history of modern music. NY DAILY NEWS ‘Rebel Heart’s best moments boast some of the most finely structured pop melodies of Madonna’s 32-year career.”

Along with extraordinary critical acclaim as an artist, songwriter and producer who has sold a record breaking 300 million records, Madonna’s reputation as one of the most successful, provocative and enduring live performers of all time speaks for itself. The 2008/2009 Sticky & Sweet tour is the highest grossing tour of all time for a solo artist and the 2012 MDNA tour was the most successful tour of that year.