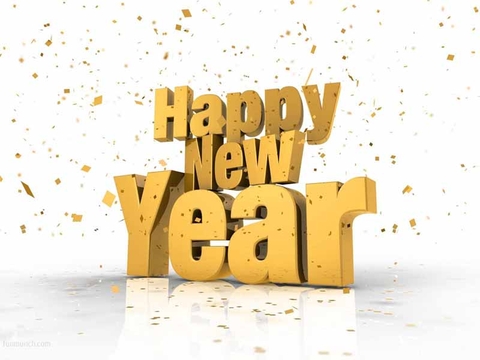 "Instead, we make sure that we change with the world around us rather than force it to bow to our whims." File photo.

Since beginning my delve into modern New Year’s resolutions I have heard a lot of strange things, from a single 21-year-old stoner vowing to become a father to a senior in high school who promises to only read fanfiction written in Spanish for the next year.

But, mostly, when I ask people my age (millennials) what they resolve to do over the next year, they come up blank.

“I don’t know,” one of my classmates says to me with a shrug, she’s twenty, the same age as me, and honestly one of the most impeccably organized people and obsessive planners that I know. “I just go through my year and make decisions based on what’s going on, I guess.”

The entire attitude of almost universal dismissal of the New Year’s resolution astounded me. And I will admit, it pushed me towards pessimism. I couldn’t understand why my generation was so unwilling to make any concrete plans.

But, then again, as I thought harder about it, I realized, as millennials, it is only natural for us to distance ourselves from putting too much stock into one plan.

As the youngest generation of adults, we have grown up during a time of incredible instability, things that once were dependable became unpredictable seemingly overnight and many of us saw firsthand how this caused our family members to lose everything.

We have been taught that we cannot trust that through education or early investment we will grow to have a better future. Instead, we have seen the pitfalls of heavy layoffs and a stock market crash that have left us feeling less than hopeful of having a steady outlook.

Instead, we make sure that we change with the world around us rather than force it to bow to our whims.

For my generation, there is a distrust in anything that promises security, including any form of investment. This can be seen in a recent Census Bureau report; last year 36.3 percent of households were inhabited by renters, a high for the decade.

Our distrust in New Year’s resolutions speaks to something distinct from “laziness” - the common insult we heard flung at us by those in earlier generations - but instead to wariness. We keep our guard up and are circumspect of things that seem too easy or too good to be true.

It’s evident in the way my peers speak to me as I question them further. “I don’t make concrete resolutions,” comments Ashley Boren, a slightly older friend of mine. “It’s a great way to make yourself feel bad come February.”

Another, a Sophomore in college, simply says, “Never do,” and leaves it at that.

But, then there were the exceptions: Those whose resolutions seemed almost too good to be true.

These include an old friend of mine, Trey Lewis, who’s resolution to “make at least $110k in 2017, formally launch [his] business and buy two investment properties,” is almost the complete opposite of the majority of what I have heard.

This seemingly overly ambitious response wouldn’t be surprising for anyone who knows Lewis but instead, quite in character.

And this is when it struck me, perhaps if we are to fix the tragic state of the economy being handed down to us, if we are to change the fearful and world-worn nature of the millennial generation, we need to follow in the footsteps of those of us who still hold tight to ambition.

If we want investments and voting and, yes, even New Year’s resolutions to mean anything in the future, we need to continue to make sure we support these things. By investing in things we care about, taking voting seriously and even making a simple New Year’s resolution we can change our entire attitude toward life in general, and learn to trust again.

Truthfully, a change this large of something so totally engrained by years of uncertainty will surely take more than a simple promise for the New Year, but if we can’t even trust ourselves, then what can we put our faith into?

So, this year, I urge all millennials to take a chance and believe that they can hold true to one thing. Make a New Year’s resolution this year; I know I’m going to.