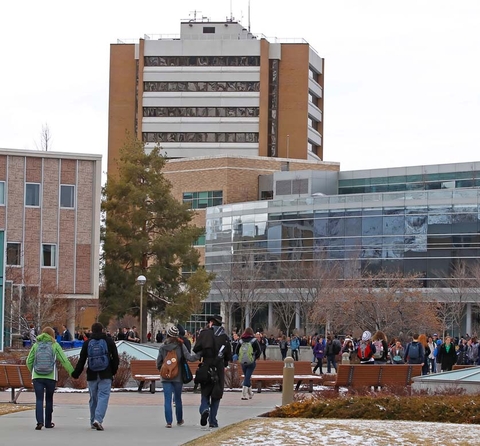 Brigham Young University might be most known for its Conservative leanings and association with the Church of Jesus Christ of Latter-day Saints, but the university is temporarily setting all that aside.

The school will allow same-sex dancing on its grounds while it hosts the US National Amateur DanceSport Championships in March, according to the National Dance Council of America, the sanctioning body for the championships.

The school has hosted the competition in the past. But last September, the NDCA announced a rule change, eliminating gender roles for dance pairs in their competition. That means couples of the same gender or gender-neutral couples can participate, going against the rules of BYU.

The university's honor code prohibits any "homosexual behavior," which includes not just sex but "all forms of physical intimacy that give expression to homosexual feelings."

"In hosting ballroom competitions sanctioned by the National Dance Council of America, BYU has followed NDCA rules and will continue to do so," said BYU spokeswoman Carri Jenkins in a statement to CNN.

Katerina Lu and partner Xingmin Lu have participated in the competition in the past. Before BYU announced they would be adjusting its rules for the competition, Katerina announced on Facebook that the duo will not be attending the competition out of protest, though the couple are different sexes.

"The BYU Dancesport Championship's recent action (although completely justified from their point of view) goes against my personal beliefs and core values," she wrote.

After the change, Katerina announced the team would be attending the competition, she told BYU's student newspaper.